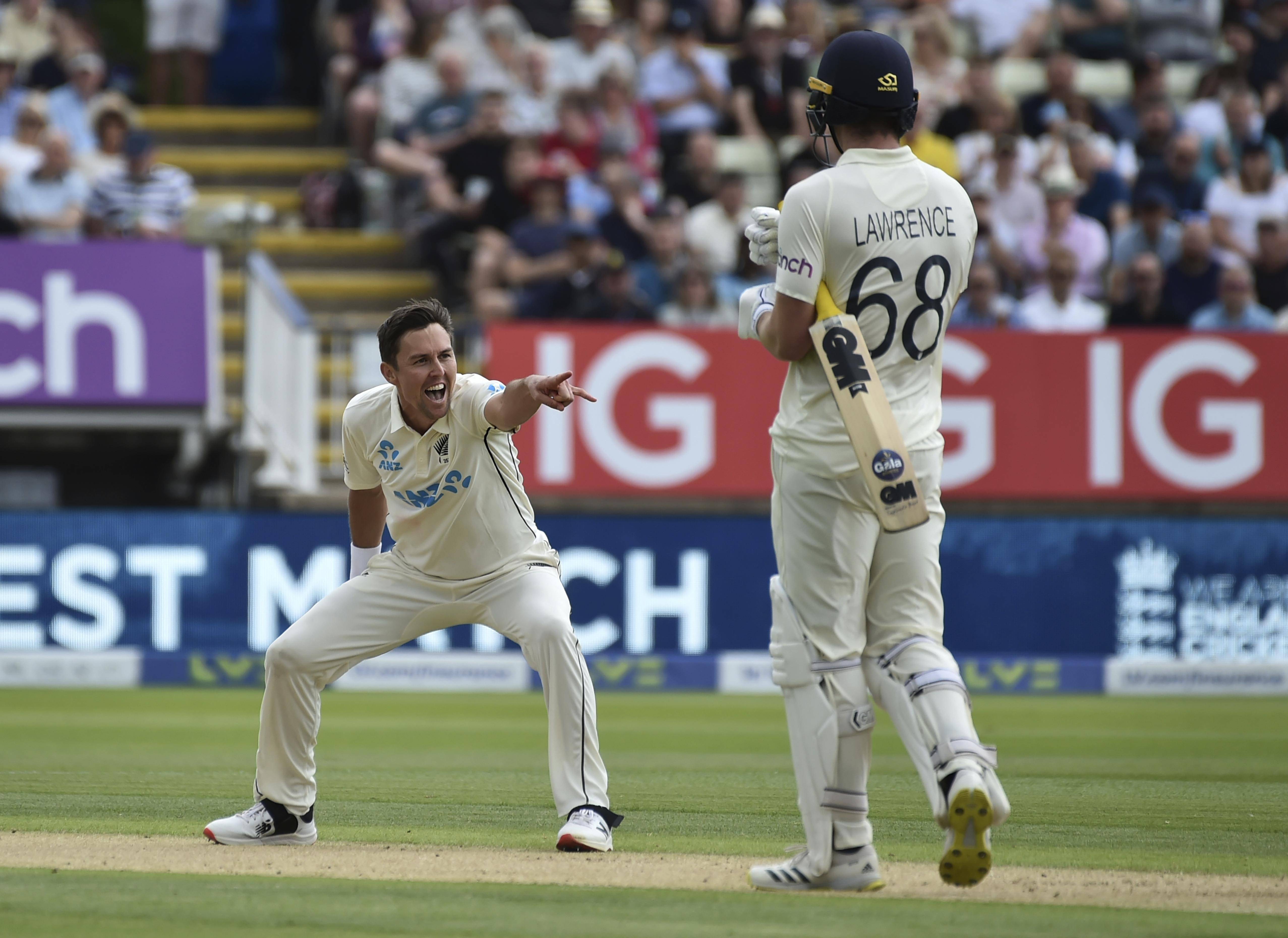 New Zealand pacer Trent Boult has said he hopes that playing in the ongoing second Test against England would hold him in good stead for the upcoming World Test Championship (WTC) final against India.

The Kiwis are currently locking horns against England in two-match Test series, and after that, the Kane Williamson-led side would square off against India in the WTC final, beginning June 18 at the Ageas Bowl in Southampton.

Boult had missed the first Test against England, but he made a return for the second Test after the UK government relaxed quarantine rules.

“Initially I wasn’t expecting to play this game but everything fell into line, and I gave myself that chance to get out there and I think I’ll definitely be better off for that head out. It’s one thing loading and getting through numbers in the nets but to simulate that kind of game fitness and having to come back three, four or five times in a day. There’s no real other way to do that. So I’m hoping it puts me in good stead for the WTC final,” ESPNcricinfo quoted Boult as saying.

“The toes are a bit sore but that’s what happens when you ram into the shoes for 30 overs. I’m excited about what lies ahead next week in Southampton but equally excited with the opportunity here over the next couple of days,” he added.

Boult bowled 29 overs in the first innings of the second Test and he returned with figures of 4-85 and he dismissed the likes of Rory Burns, James Bracey, Stuart Broad, and James Anderson.

“What worked really well was the travel went well and I managed to get out of isolation in the UK quicker than was expected. As you can imagine, I was very excited about the prospect of playing the second Test. I felt like I gave myself the best chance with preparing for that week back at home and then getting straight into it here. Hopefully, we can get the job done and win a very important series,” said Boult.

“I found it pretty hard to sit on the sidelines there at Lord’s last week, it’s such a historic ground. The boys were on fire out there and I was itching to be out there, to be honest,” he added.

Talking about the competition within the Kiwi bowling attacking, Boult said: “Healthy competition. The boys are very excited about the prospect, but they’ve put in a lot of hard yards not just over the last couple of weeks but over a couple of years of a Test Championship cycle. Some hard calls will have to be made but the big picture is the collective goal of lifting the world title.”

England’s Dan Lawrence picked a wicket just before the close of the second day’s play to give England some hopes in the ongoing second Test against New Zealand on Friday. Will Young was dismissed for 82 in the last over of the day to give Lawrence his maiden Test wicket as New Zealand ended day two at 229/3. The Kiwis are still trailing by 74 runs with veteran batsman Ross Taylor unbeaten on 46.