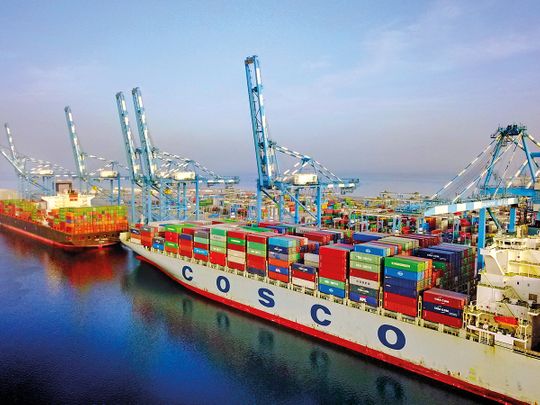 Dubai: UAE has rolled out a blockchain-based trade finance platform with the intent of stamping out fraud and financial crime risks such as under-invoicing. The ‘UAE Trade Connect’ brings together telecom giant Etisalat and a consortium of seven leading local banks, led by FAB (First Abu Dhabi Bank).

The system went live on Monday (April 19) after six months of trials. The project overall took two years from concept to actual delivery. The UAE Central Bank’s fintech division was also a member of the steering committee that oversaw the project.

Other banks are likely to join shortly and will also sync with similar initiatives introduced globally, senior officials added. “UAE Trade Connect will be a game changer for the trade finance space,” said Zulqarnain Javaid at Etisalt.

Currently, the platform is primarily into fraud detection within the trade finance space, but the promoters expect it to evolve into handling trade-based money laundering or sanctions busting. And at a later date, get into e-invoicing.

“But e-invoicing will need us to work with multiple partners,” said Javaid. And in time, the UAE Trade Connect can go to handle bills of lading, letters of credit and bank guarantees, which will involve working with ports, customs authorities and governments, the Etisalat official added.

Innovation must keep sustainability at its heart for a better future