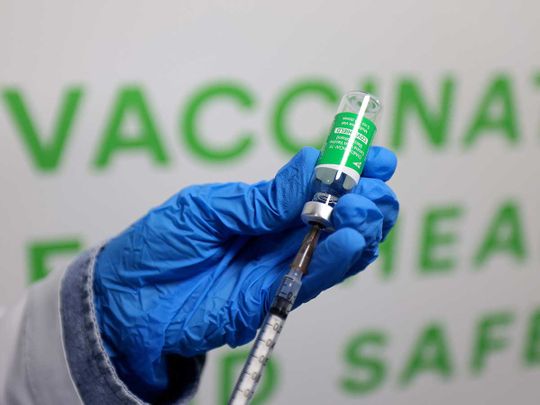 Early 2020, while in India to see my hospitalized mother, I had to fly back within a week’s time for some can’t-be-put-off commitments in the UAE. I thought I could fly back later, because that is how easy life – and the process of travel - had been. Until the year of the pandemic finally started dictating time.

By now, all of us have struggled with travel bans, airport shutdowns, last-minute flight cancellations. And out in India, a four-hour trip away, my mother keeps asking and waiting for me. Each time she asked about my plans, I had the same answer on auto-pilot – “As soon as the pandemic is in control, I shall come…”

Last November, she passed on – and we never got to have the last promised meeting. It goes without saying that it hurt, and it’s been a traumatic phase since. I am sure that every expatriate must have gone through something as numbingly painful. The practical side to living too has seen its share of changes. Even those who didn’t personally or financially suffer are suffering mentally.

A 'new normal' and its rules

Masks were not the only ‘new normal’ - businesses kept closing down too. Every industry has been drastically hit. From Fashion to travel and tourism, to education and what not have been affected. My home in Sharjah is surrounded by five-star hotels.

Most of these were either shut or used as quarantine wards. Firms going bankrupt are unable to pay-off their suppliers and banks. Running a business, I have experienced the same.

People shifted to cheaper apartments to save up; some went back to their home countries. Consequently, the rents dropped, while agencies continued charging the same rate for services rendered. I own a two-bedroom apartment wherein the rent went down by half.

I must continue paying the same old service charges to various agencies. I won’t be the only one doing that. Salaries and side-income dropped. However, expenses such as school fees have remained the same. Even when life is so majorly affected, people have been thinking outside of the box.

From toddlers to the retired have gone online and remained there. This is probably the one highlight reel of this pandemic. People have discovered ways to remain busy. Many used the opportunity to startup whatever business they had been dreaming of, or YouTube vlogs, online classes, and medical treatments.

The last 15 months were not just like any other. Human nature is such that we tend to move on from the most traumatic events. Death has been the other inevitable fact of life. If deaths can be handled, so can other challenges. As we complete the vaccination phase, everything starts from scratch. And rebuilding the universe is not impossible...

The writer is a chef, author, Toastmaster and owner of the kitchen equipment company Grill Stone in Sharjah.

Look who is going electric: Carmakers make the switch

Business of logistics will be a natural fit for a blockchain integration: FedEx's Jack Muhs

In Pictures: A look at UAE's milestones reached and new ones set in these 12 months

UK reverses plan to open up travel to France

Now is not the time for a rent freeze in Dubai property market: Rizwan Sajan of Danube Group