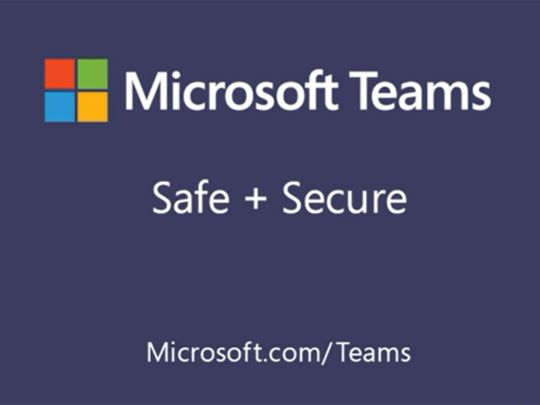 San Francisco: Microsoft on Tuesday announced to allow software developers build apps for Teams in its Visual Studio and Visual Studio Code, ranked as the two most popular development environments.

With the new Visual Studio and Visual Studio Code Teams extension, developers can use the power and familiarity of these tools to quickly build project scaffolding, configure features, create app package manifest and setup hosting, validate app package manifest, and start the app publishing process, the company said during the 'Build 2020' virtual event for developers.

"Platform enhancements to Microsoft Teams include a streamlined experience for developers to build and publish Teams apps from Visual Studio and Visual Studio Code; the ability for IT admins to evaluate and deploy line-of-business and ISV applications for their users in Teams; and new ways for people to discover and engage with apps in Teams," informed Frank X. Shaw - Corporate Vice President, Communications, Microsoft.

Microsoft registered a new daily record of 2.7 billion meeting minutes in a single day on March 31 - 200 per cent increase from 900 million on March 16.

The number of weekly Teams mobile users grew more than 300 per cent from early February to March.

Microsoft said it is partnering with the newest component of the Power Platform  Power Virtual Agents, which is a low-code chatbot platform.

"There are a number of new features that are rolling out over the coming months that will make it easier to create and manage low-code chatbots from within Teams and more streamlined for end users to use Power Virtual Agents bots in Teams," announced Microsoft.

The new capabilities in Visual Studio include the option to publish Teams apps directly to AppSource or to an internal organizational app catalog.

New Oppo flagship to let users 'own the night'

Pledge of Honor: Tech to help youth in these challenging times

UAE's Filipinos urged to register for May 2022 Philippine elections