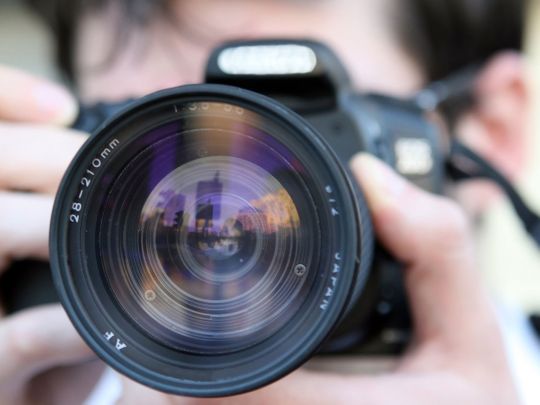 Beijing: Huawei has issued an apology after a "Shot on iPhone" contest winner discovered that the company was using photos shot on a DSLR to promote its smartphone photography contest.

Chinese smartphone maker recently promoted a photography contest with a video, featuring impressive pictures that the company claimed were "taken with Huawei smartphones."

However, Weibo user Jamie-hua, also known as Huapeng Zhao who won second place in the 2018 iPhone Photography Awards discovered that two of the photos were shot by a Nikon D850 DSLR camera, reports GizmoChina.

The company said that the photos were meant to encourage consumers to share their shots on its online gallery.

This is the fourth time the Chinese company has been caught in this embarrassing situation.

In 2018, Huawei used a photo shot by a DSLR and passed it off as a selfie taken by its Nova 3 phone.

Last year again, DSLR photos were used to promote the P30 series.The company said that the photos were meant to encourage consumers

Zoom to strengthen encryption for paying customers only

Calida: ‘I am not at loggerheads with Congress’ over ABS-CBN shutdown

5 countries that are opening their borders this summer

It's time to enjoy a delicious sip of your favourite beverage

Dubai's developers should not set off 'speculation games'