The Rise of the Nomad Entrepreneur 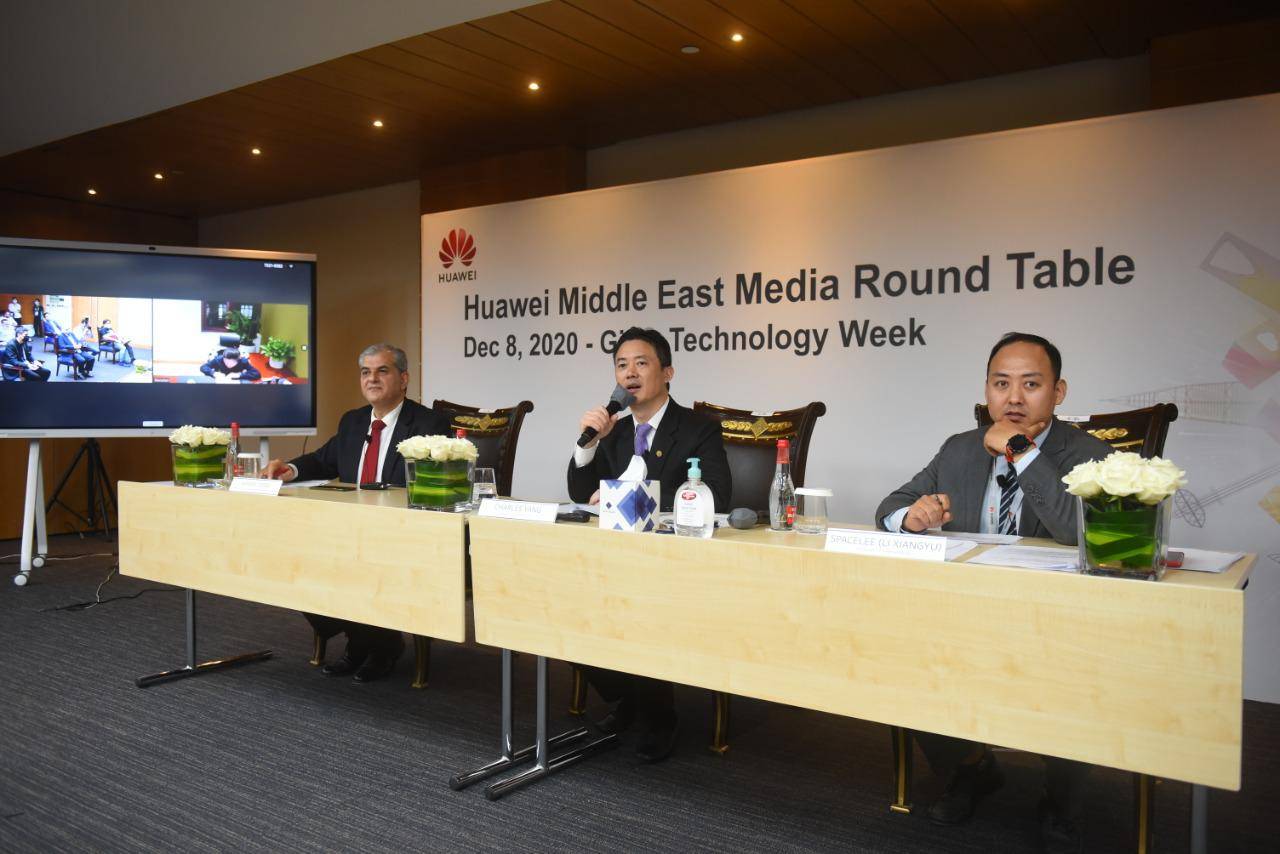 Huawei Middle East reiterated its commitment to the region by pledging to continue supporting public and private entities in a unified drive for digital transformation, its top official said.

Huawei’s goals are to continue to be “customer-centric and be better” at all of its offerings, Charles Yang, president of Huawei Middle East, said at a media roundtable during Gitex Technology Week.

“We firmly believe that 5G, AI and the cloud will be the digital foundation for each country,” he added. “We have found many partners… who share the realisation that talent is really the enabling factor in digital transformation, not just the technology itself.

Yang was joined at the panel by vice-president Li Xiangyu and PR regional director Ammar Tobba.

The Chinese tech giant is battling a string of challenges but has maintained its leadership in the industry, especially in the global network gear vertical.

Quoting industry figures for 2019, Huawei is No.1 in the global prefabricated data centre market with a 25 per cent share, according to IHS Markit. It is also first in the modular UPS sector with 34.3 per cent, Frost & Sullivan data shows.

Shenzhen-headquartered Huawei’s efforts in the past 30 years have resulted in serving over three billion people today, thanks to about 1,500 networks deployed in 170 countries.

In the Middle East, the company has helped cultivate 100,000 talents in the ICT industry; these local experts were trained to create apps specific to real-life scenarios and society.

As such, the local talent pool must be harnessed and empowered to create deeper synergy between connectivity, the cloud, AI, computing and industry applications, Yang stressed. Globally, Huawei is eyeing to invest about $100 billion in R&D over the next five years.

“AI is an area we are much focused on… it has strengthened cooperation in many countries,” he added.

Yang also praised the efforts of the region’s leaderships, especially the UAE, as they push forward in adopting the latest communication technologies. “ICT will be the engine for the Middle East’s economy,” he pointed out.

He specifically said that the Middle East being part of the first wave of 5G rollouts worldwide was “very good news”, owing to the tech-savvy population countries in the region have.

Huawei was one of the first to offer a 5G smartphone, with its latest the Mate 40 series. Launches like these will give users more opportunities to tap into the capabilities of the new network standard; Yang sees 5G subscribers in the Middle East growing to 1.1 million.

“With the pandemic, everything moved to online… making 5G all the more important,” he said. As a results, the rollout of 5G was accelerated.

On the enterprise side, McKinsey analysts said that in a matter of just eight weeks, the world vaulted five years forward in consumer and business digital adaptation as a result of Covid-19.

The youthfulness of the region’s population is also a key factor in the utilisation of 5G, with the demand for quick connectivity growing: “If you want to connect to the cloud, it doesn’t matter what device you have” as long as 5G connectivity is strong and reliable, Yang added.

Yang believes that such programmes will not only support Huawei, but the wider ecosystem of governments, academia and enterprises.

“Even with today’s best talent and technologies, what is most important to spurring future innovation is maintaining an open and cooperative ICT ecosystem, regardless of the country or a particular company’s country of origin,” he added.

“That belief in shared success has helped make the Middle East a global reference for digital resilience and sustainability during this challenging year, and will no doubt be inherited even after the pandemic is over.”

Huawei also had to face challenges in deploying their 5G gear amid the pandemic, understandably so on the back of safety concerns. The company addressed these issues by providing incentives — the health and safety of all those involved first and foremost — and proactively coordinating with local governments for the endeavour.

“Deliveries were still made despite the higher costs of logistics,” Yang said, but despite this, Huawei remained determined to its commitment, adapting well and quickly.

Meanwhile, Huawei Consumer Business Group announced a Carnival Week sale, featuring its top-of-the-line wrist wearables that has become a key part of not just its business but also its seamless ecosystem strategy.

The company’s wearable portfolio has enjoyed a good following, with features on health, battery and connectivity among its most talked about selling points. Its success was enough to place the brand atop the International Data Corporation’s rankings of top wrist wearable vendors in the second quarter of 2020.

“The Huawei watch line-up meets the needs of different groups of people with the help of advanced technologies so that there is one for every user,” Huawei said in a statement. “Each and every device continue to embody the company’s forward-thinking and innovative spirit.”

Samsung launches S21 that comes with a separate S Pen

Alibaba to shut down Xiami music app on Feb 5

Microsoft says it found malicious software from SolarWinds in its systems