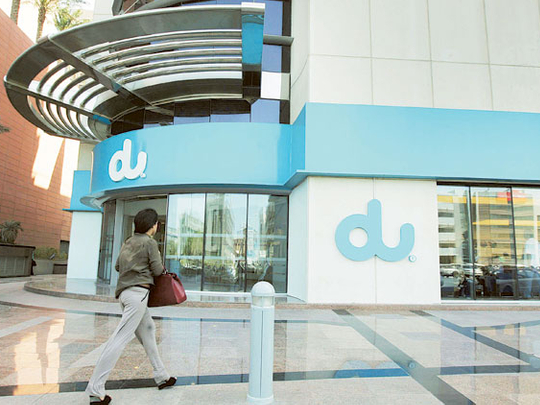 Dubai: The Dubai-based telecom operator du experienced a glitch with their mobile network and landlines on Wednesday and Thursday, leaving customers unable to use internet services.

Khalid Khan took to Twitter to say that his internet connection was down since 6pm on Wednesday, and was waiting for the problem to be resolved as quickly as possible since his children were due to take an online assessment on Thursday.

In response to the flood of complaints received on its social networking sites, du said that it was aware of the matter and had already addressed the technical team to solve the issue.

In a statement, du’s Customer Care said: “our technical team is investigating this matter and working to fix it as soon as possible. We apologize for any inconvenience. Thank you for your patience.”

On Thursday, some customers who called up du’s customer service said they were unable to get a response and were unable to have their issue resolved after having their internet connection down for two days.

Customers based in Dubai, Sharjah and Ajman were the most affected, with many citing the outage as a disruption in their daily lives, especially as internet services play a large factor in working remotely and distance learning.

Many also said they were left in the dark as to what caused the problem, or when it will be resolved.

Security bug in Android may have exposed Direct Messages: Twitter

Trump to ban Chinese-owned TikTok from operating in US

Microsoft in talks to buy TikTok, as US considers banning Chinese app: Report

How Alibaba is helping students scale the Great Firewall of China

More bans for TikTok? US 'looking at' banning TikTok and other Chinese apps

Inquirer Mobility's BIKE TALK: Questions from Behind the Barrier

Masood has proved himself in England, says Misbah

Archer bemoans luck as England off target in first Test