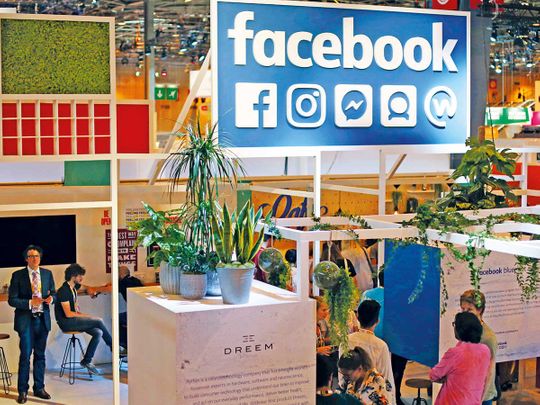 Washington: Technology firms and academics have joined together to launch a “deepfake challenge” to improve tools to detect videos and other media manipulated by artificial intelligence.

The initiative announced Thursday includes $10 million (Dh36.7 million) from Facebook and aims to curb what is seen as a major threat to the integrity of online information.

It represents a broad effort to combat the dissemination of manipulated video or audio as part of a misinformation campaign.

“The goal of the challenge is to produce technology that everyone can use to better detect when AI has been used to alter a video in order to mislead the viewer,” said Facebook chief technical officer Mike Schroepfer.

Schroepfer said deepfake techniques, which present realistic AI-generated videos of people doing and saying fictional things, “have significant implications for determining the legitimacy of information presented online. Yet the industry doesn’t have a great data set or benchmark for detecting them.”

The challenge is the first project of a committee on AI and media integrity created by the Partnership on AI, a group whose mission is to promote beneficial uses of artificial intelligence and is backed by Apple, Amazon, IBM and other tech firms and non-governmental organizations.

Terah Lyons, executive director of the Partnership, said the new project is part of an effort to stem AI-generated fakes, which “have significant, global implications for the legitimacy of information online, the quality of public discourse, the safeguarding of human rights and civil liberties, and the health of democratic institutions.”

Facebook said it was offering funds for research collaborations and prizes for the challenge, and would also enter the competition, but not accept any of the prize money.

Oxford professor Philip Torr, one of the academics participating, said new tools are “urgently needed to detect these types of manipulated media.

“Manipulated media being put out on the internet, to create bogus conspiracy theories and to manipulate people for political gain, is becoming an issue of global importance, as it is a fundamental threat to democracy,” Torr said in a statement.

How investment in AI, robotics will impact ME economies

Zoom to strengthen encryption for paying customers only

Coronavirus: Amazon extends closure of French warehouses to May 5

Congratulatory messages pour in as Hardik, Natasa get ready for parenthood

Mahi is always emotional about cricket, it's his love: Sakshi

How to Level Up Your Milk Tea at Home

I Spent 50 Hours In Solitary Confinement