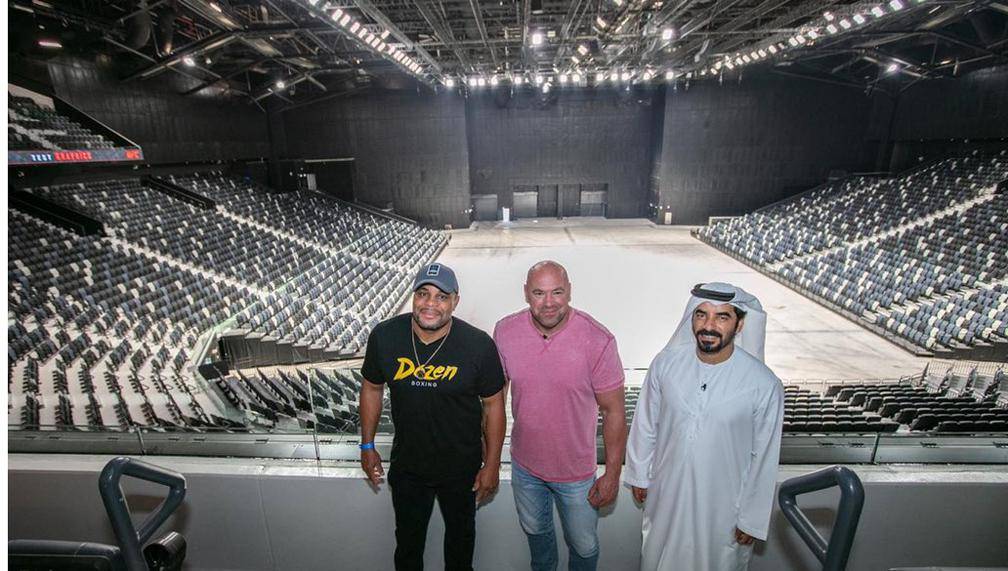 As curtain fell on the UFC’s ‘Return to Fight Island’ epic series in Abu Dhabi, plans were announced to welcome the MMA sport early next year at an iconic new venue. Newly-built Etihad Arena, Abu Dhabi’s first-of-its-kind multi-purpose, indoor entertainment venue, on Yas Island will be the “new home” of the UFC, said Mohamed Abdalla Al Zaabi, CEO of Miral — the creator of destinations in Abu Dhabi.

The countdown is on.

White was highly impressed by the facilities at the 18,000-seater Etihad Arena, which is expected to open soon.

“I have seen every arena in the world. The Etihad Arena surpasses expectations. I can’t wait to bring an event here. This is going to be a destination that we put on fights, people from all over the world want to travel to Abu Dhabi and check out Fight Island.”

White underlined that Etihad Arena on Yas Island will be like New York City’s Madison Square Garden and London’s O2 multi-purpose arenas. “When you look at the level of events that I have put on during a global pandemic. Wait until you see what I do in an arena like this in Abu Dhabi when there is not a global pandemic.”

Mercedes dominate practice in Imola as Verstappen runs into trouble