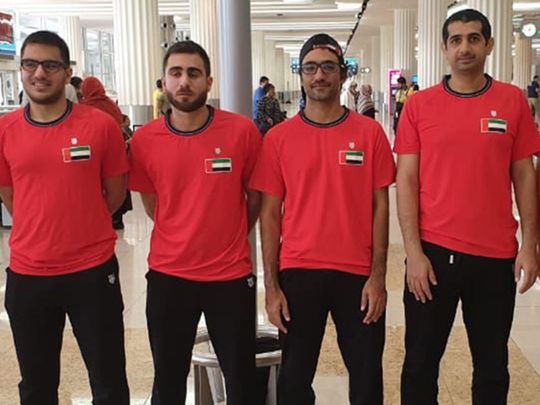 Dubai: The UAE will commence their campaign alongside Tajikistan, Kyrgyzstan and Cambodia in Pool D for the Davis Cup Asia-Oceania Group IV qualifiers being held in Amman, Jordan, this week.

The UAE squad of Omar Behroozian, Hamad Abbas Al Janahi, Fahad Abbas Al Janahi and Mahmoud Nader will first line-up against Tajikistan on Wednesday followed by matches against Kyrgyzstan and Cambodia on Thursday and Friday respectively.

After the round-robin, the UAE may have to play either Pacific Oceania, Saudi Arabia or Bangladesh from Pool A on Saturday with a win ensuring them a place in Group III for next season. The second and third-best teams from each pool will play each other to determine final overall positions.

Five from LaLiga get nod from Abu Dhabi clubs

In Dubai's suburbs, these student-friendly areas are popular with families

Jayson Tatum On Brink Of History With 10th 30-Point Game

Explainer: What to do if Coronavirus spreads to Kenya

Dubai International Stadium: for the love of cricket

This Dubai community is built for an active life

Suspension of flights to Bahrain from UAE extended

Thappad review: A slap on the face of patriarchy