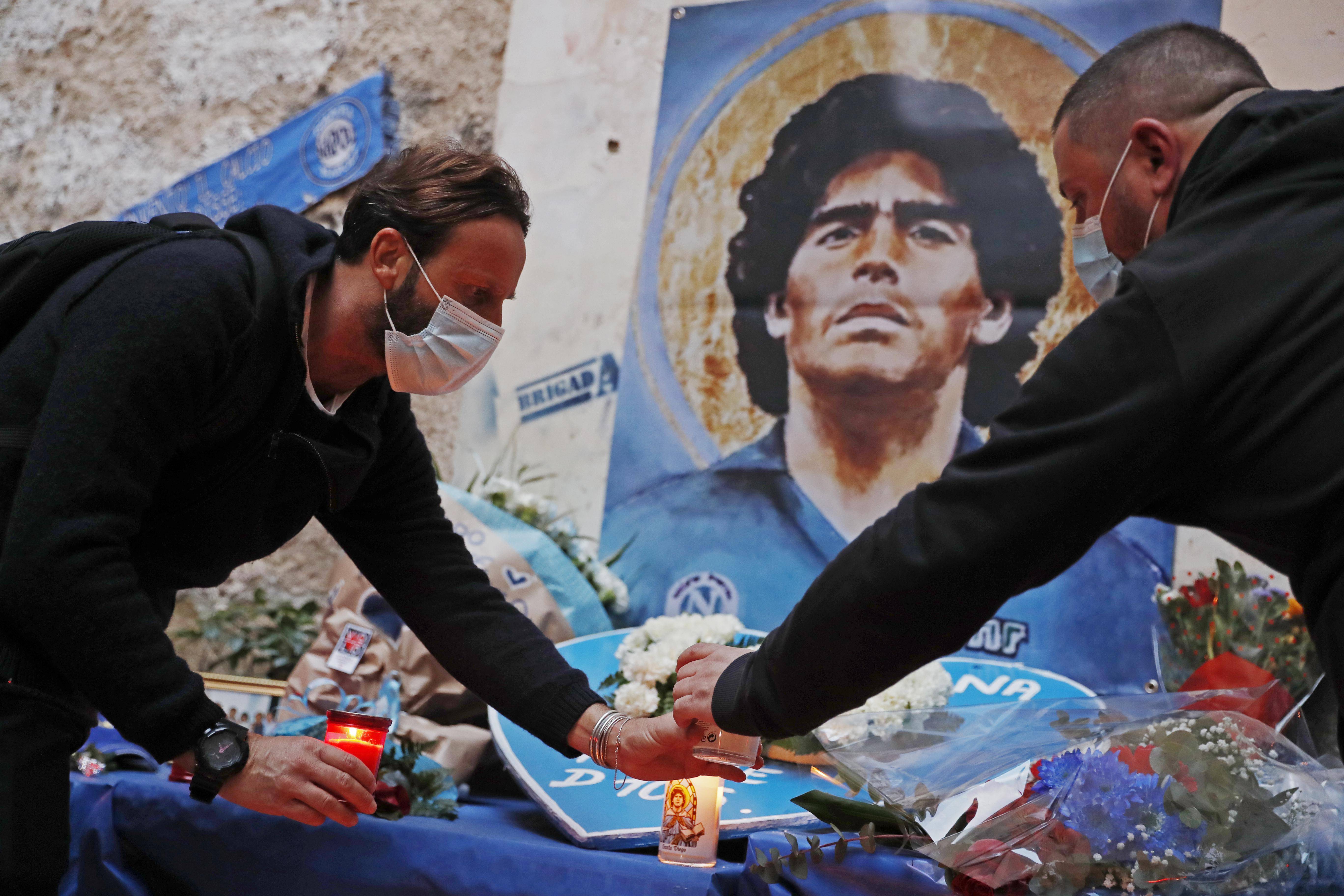 Fans streamed to Napoli stadium on Thursday to pay their respects to Diego Armando Maradona, grieving a man who achieved god-like status in the Italian city where he played some of his most sublime football.

The diminutive Argentine left Naples almost 30 years ago, but his spirit never departed, with a giant mural of him still staring down on the traffic-clogged streets and his photograph placed alongside images of saints in shop windows.

Hundreds of blue and white Napoli scarves were tied to railings outside the stadium, and flowers, childrens' pictures, church candles and even a bottle of wine were laid out along the pavement in a rapidly expanding, makeshift shrine.

"He was unique, he represented everything, everything for us Neapolitans", fan Gianni Autiero told Reuters while tearfully looking at the gigantic portrait of Maradona which adorns the facade of a 10-storey apartment bloc.

"I have cried for only a few people in my life, and Diego is one of them," Autiero said.

In the evening more fans thronged to the stadium ahead of Napoli's Europa League game against the Croatian team Rijeka, to be played behind closed doors due to the coronavirus, chanting "Diego, Diego" and other anthems to their idol.

News of Maradona's death on Wednesday drew thousands of stunned Neapolitans into the evening streets in defiance of a coronavirus lockdown, and the grief showed no sign of abating as day broke.

"Yesterday the entire city of Naples died, together with Argentina," said Lorenzo Rubino, 26, who wasn't even born when Maradona played for Napoli. "I hadn't cried since my mother's death two years ago."

Maradona came to Naples, a city suffused with sun and superstition, in 1984 when he was 23 for a then world-record $7.5 million (Dh28 million) contract. Over the next seven years, he helped perennial underdogs Napoli to their only two Serie A titles and their sole major European trophy.

When he was flown in by helicopter for his official presentation, 75,000 people packed into the stadium to see him. Thereafter, match-day was the highlight of many peoples' lives.

"Dad did not come to the hospital when I was born because he stayed at the stadium until the end of the game to watch Diego play," said Teresa De Lucia.

City mayor Luigi De Magistris has called for the city stadium to be renamed in honour of Maradona.

"He loved Naples and through football he wanted to let the world know what Naples is, a city full of humanity, full of heart, energy and imagination. A volcano for better or for worse," the mayor told RTL radio.