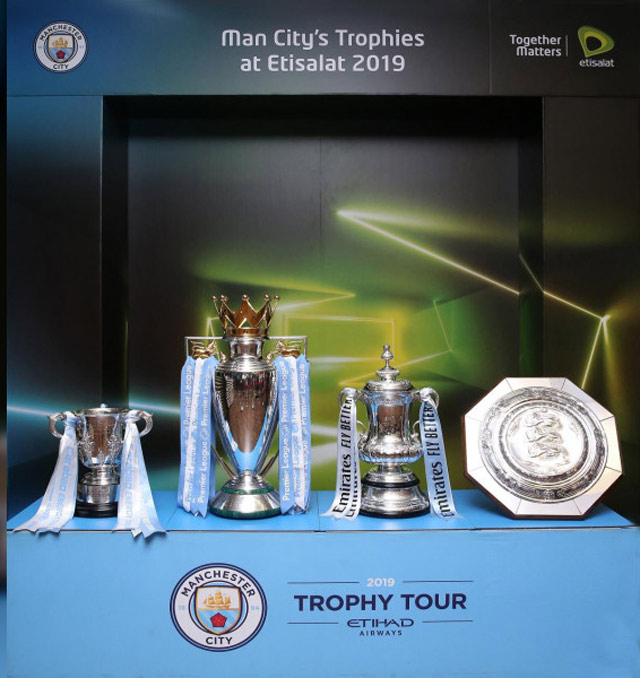 As part of the UAE leg of Manchester City’s 2019 global Trophy Tour, Etisalat today hosted the tour at its Abu Dhabi headquarters to celebrate the club’s record-breaking 2018/19 season with fans.

Etisalat employees as well as 20 lucky fans were selected to be the first in the UAE to see all six trophies up close, take photos with them, and win special prizes at Etisalat’s Abu Dhabi headquarters. Man City enthusiasts with the best poses got a chance to win fan kits including co-branded footballs, while a lucky draw winner picked up a signed jersey.

Etisalat is the regional partner of the 2019 Manchester City Trophy Tour, which will see both men’s and women’s trophies appear around the world, taking over each city it visits and featuring a programme of exciting fan activations along with exclusive competitions and prizes.

As part of the UAE leg, a public fan engagement will be held in Yas Mall on 7th September, 2019. Etisalat will sponsor a segment where fans are quizzed on various trivia questions, and awarded co-branded fan kits and footballs.