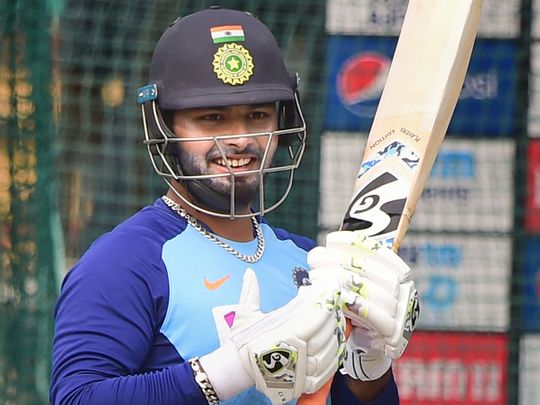 Dubai: The clock is ticking and in just three days, the 13th edition of Dream 11 IPL will get off the blocks in the UAE with matches scheduled in all three UAE venues of Dubai, Abu Dhabi and Sharjah.

And who else were keeping their eyes on the clock other than Delhi Capitals, the team that may have never won the richest Twenty20 tournament but have been in the news because of the high expectations that have been placed on the new-look squad.

Even the Capitals have started to believe that they can finally break their duck in the tournament and are starting to call themselves, ‘the dark horses’, in reference to former Zealader Scott Styris’ prediction that they will reach the play-offs.

The Capitals rounded off their preparations for this year’s tournament which starts on Saturday in Abu Dhabi with their second intra-squad practice match at the Sir Maurice Flangan Stadium at The Sevens.

It did not matter which side won as Rishabh Pant, one of the young Indian stars to look out for, has shown fine form at the nets and executed the ‘shot of the match’ in Tuesday’s match scenario with an outstanding reverse scoop shot that had head coach Ricky Ponting applauding.

Pant was seen striking the ball in a video, shared by Delhi Capitals on Twitter from their practice match. The left-hander has a reputation for innovative strokemaking and demonstrated his skills when he punched a delivery from senior paceman Ishant Sharma.

Meanwhile. Rajasthan Royals also stepped it up a notch - playing an action-packed practice match between Team Manush and Team Bhuvi which was highlighted by some match-scenario drills.Rajasthan play their first match in the tournament against Chennai Super Kings on Tuesday, September 22. at the Sharjah Cricket Stadium.

IPL 2020: The allure of the iconic Sharjah Stadium