I want to express myself at Abu Dhabi T10, says UAE star Sharafu 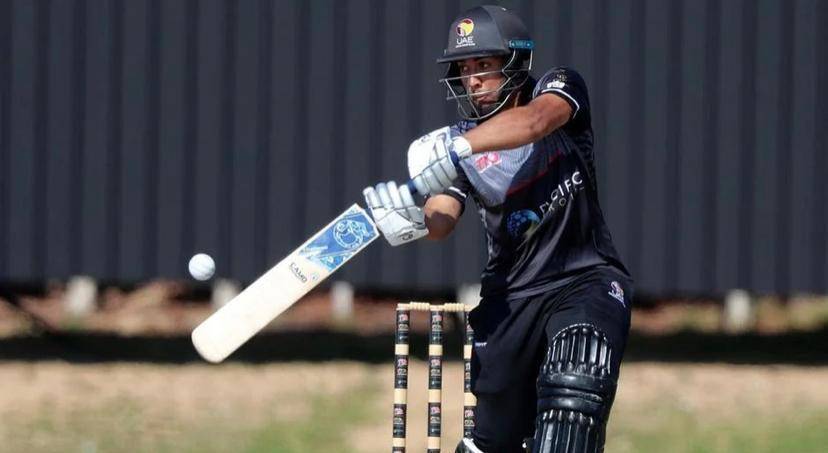 Even a battle with Covid-19 and 14 days of hard quarantine have failed to put the shackles on Alishan Sharafu, the rising UAE star who is now aiming to unleash the power of his shots on some of the world’s top bowlers at the Abu Dhabi T10 League (January 28-February 6).

Having smashed the record for the highest score in T10 cricket last month, the 18-year-old Sharafu expected to be a key player for the UAE against Ireland in the recent one-day series only for the Covid-19 to play spoilsport.

The Kerala-born player joined a group of four players that tested positive, forcing the Emirates Cricket Board to suspend two of the four ODIs.

But Sharafu has now completely recovered as he aims to mark his Abu Dhabi T10 debut for the defending champions Maratha Arabians with match-winning knocks.

“Yeah, I am fine now. After the UAE bubble, I was moved to the quarantine centre in Abu Dhabi, and then from there I moved to the T10 bubble. I will be free to train with the team on Tuesday,” Sharafu told Khaleej Times over phone from the Maratha Arabians team hotel in Abu Dhabi.

Sharafu grabbed the attention of the Maratha Arabians’ scouts with 146 off 42 balls in the Ajman T10 Talent Hunt League last month, a stunning knock that eclipsed Australian batsman Chris Lynn’s 91 off 30 balls in the 2019 Abu Dhabi T10 League.

“The highest score in a T10 game was 91 off 30 balls by Chris Lynn and I got 146 off 42 balls in the Ajman T10 Talent Hunt League. It was a knockout game for us (Pacific Goltay), we had to win the game by a big margin (against Spartan), so we had nothing to lose,” he said.

Sharafu, who began playing cricket at the age of 10, says his game suits the shorter formats.

“I have always been an aggressive batsman, which helps me get an edge in shorter formats,” he said.

“But in recent times, we have also played lots of matches in the 50-over formats. Now with Robin Singh Sir coming in as the new UAE coach, he is helping us find that balance, where we have to learn to switch gears and change our game according to the demands of the different formats.”

For someone who wishes to be as versatile as AB de Villiers and as impactful as Virat Kohli, Sharafu now can’t wait for an opportunity to learn from the established stars in Abu Dhabi T10, a tournament that has drawn players like Chris Gayle, Kieron Pollard, Sunil Narine, Shoaib Malik and Mohammad Hafeez.

“I have learnt a lot by watching AB de Villiers, he plays all around the ground. Also, Virat Kohli stands out for me because he bats with aggression and every time he goes out there, he makes an impact. Now the T10 will be a great learning experience for me, rubbing shoulders with some of the best international players,” said Sharafu who scored 396 runs at a recent domestic T20 tournament organised by the Emirates Cricket Board.

“Learning just small bits from the game of these international players and trying to put into your game, so I thing it’s going to be a great experience. I would just go out there and express myself and give everything that I have.”