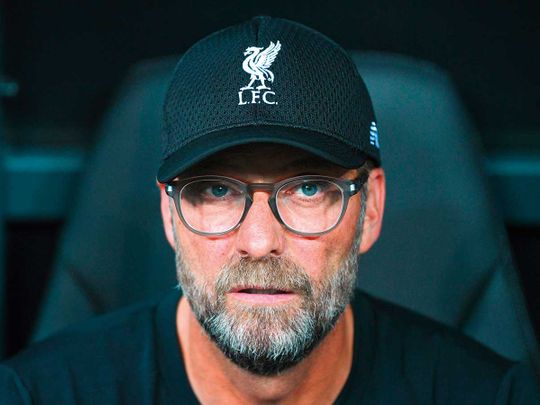 Liverpool: Liverpool might need to play a 35-year-old free agent in goal against Southampton in the Premier League on Saturday after backup goalkeeper Adrian hurt his ankle in a freak incident during the team’s post-match celebrations after the Uefa Super Cup.

Liverpool manager Jurgen Klopp said a supporter ran onto the field, headed toward the celebrating players, slipped and ended up kicking the ankle of Adrian — the Spanish goalkeeper who saved what proved to be the deciding penalty in the shoot-out against Chelsea. Klopp said Adrian’s ankle is swollen.

With first-choice goalkeeper Alisson out because of a calf injury sustained in Liverpool’s 4-1 win over Norwich on the opening day of the Premier League season, Klopp is facing something of a crisis.

Andy Lonergan, who was recently released by second-tier Middlesbrough and was on emergency loan at third-tier Rochdale last season, was part of the Liverpool squad during preseason — he played one half of a game — and is still training with the club.

If Adrian doesn’t recover, Lonergan will be starting at St. Mary’s Stadium.

“There is no doubt how much we love our fans but if they could all stop doing that,” Klopp said of the fan who ran onto the field. “That’s the worst example I have so far heard about ... It’s not funny, what can I say? I like the fact we don’t have fences in the stadium but it means the supporters have a lot of responsibility. It’s crazy. You think, ‘Wow, how can this thing happen?’”

Irish youngster Caoimhin Kelleher is next in line for Liverpool in the goalkeeping ranks but Klopp said he is “not 100 per cent” either.

Adrian was brought in late in the off-season following Simon Mignolet’s departure for Club Brugge in Belgium.

Klopp also spoke on Friday about criticisms over his high defensive line which saw Chelsea score twice in the Super Cup final in Istanbul.

The German denied his back four are playing any different to last season.

“We don’t defend higher than we did before,” he said. “We use the situations. Using the offside line is always part of defending.

“Chelsea scored twice after offside situations. That would have been offside in the good old times.

“We know VAR is in there now so now each offside decision will be settled.

“Using offside line is a big part of defending. As long as it is there we have to use it.

“We don’t defend ten yards higher, that’s not how it is.”

Halep knocked out in Adelaide quarterfinals

Advertising in a world of consumer distrust