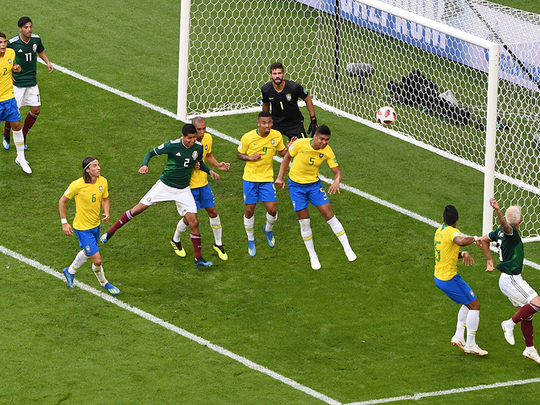 Dubai: An indictment from the US Department of Justice released on Monday said Russia and Qatar both secured World Cup hosting rights through bribery of Fifa executive committee members.

The document, released by federal prosecutors in New York as part of the long-running investigation into corruption in world football’s governing body, has claimed several former members of Fifa’s executive committee were offered or indeed received bribes relating to their votes.

Both nations have hit back against the charges levelled by the US Department of Justice with Qatari officials among the first to respond. “Qatar’s Supreme Committee for Delivery and Legacy (SC) strongly denies the allegations contained within the court papers made public in the US on April 6, 2020,” the official statement related.

“They are part of a long-standing case, the subject of which is not the 2018-2022 FIFA World Cup bidding process,” the statement added.

“Despite years of false claims, evidence has never been produced to demonstrate that Qatar won the rights to host the Fifa World Cup 2022 unethically or by means that contravened Fifa’s strict bidding rules. The SC maintains that it strictly adhered to all rules and regulations for the 2018/2022 Fifa World Cup bidding process and any claim to the contrary is baseless and will be fiercely contested,” the Qatari statement concluded.

Russia too has been equally peeved while insisting of no wrongdoing in its bidding process to host a highly successful 2018 Fifa World Cup. “Russia absolutely legally got the right to organise the World Cup,” Kremlin spokesman Dmitry Peskov said.

Peskov added that the decision to award Russia the hosting rights was “not linked to any bribes, we categorically deny this.”

“Russia organised the best football World Cup in history. We are proud of it. We have read the articles in the media. We do not understand what it is about,” Peskov concluded.

The indictments followed on from the Department of Justice’s round of indictments in 2015 that eventually led to the resignation of then Fifa president Sepp Blatter.

As per the indictment, Former Concacaf president Jack Warner was promised and received payments totalling $5 million (Dhs 18.5 million) to vote for Russia to host the 2018 tournament. Additionally, Rafael Salguero, the former head of Guatemalan football, is alleged to have been promised a $1m bribe to vote for Russia.

The US indictment had alleged that Ricardo Teixeira, the former president of the Brazilian Football Confederation, the now-deceased ex-COMNEBOL president Nicolas Leoz and a co-conspirator were offered and received bribes to ensure their votes for Qatar to stage the 2022 World Cup.

Global oil demand is not heading for a permanent decline