Coronavirus: John Barnes — It's not about Liverpool, we must finish the season for the sake of football 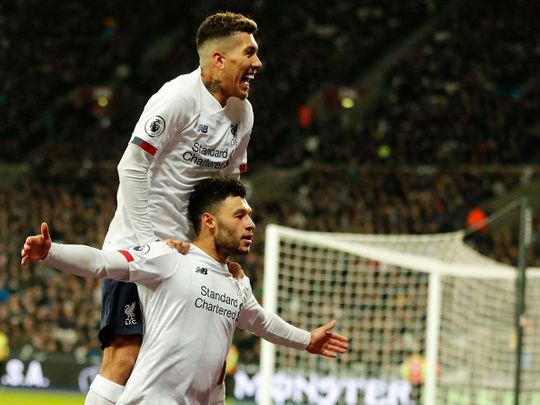 Dubai: So much uncertainty lingers over the 2019-20 football season.

Liverpool’s seemingly unstoppable march to the Premier League title in England has been halted, not by another club, but by the deadly coronavirus pandemic, which has meant all sporting activity has been stopped across the globe.

Barcelona, Juventus, Paris St-Germain, Celtic and Bayern Munich are all waiting to be crowned champions across Europe.

However, concerns have been raised as to whether this campaign will ever be completed, with Uefa chief Aleksander Ceferin admitting his fears the season may be a wipeout, should matches not get back on track soon.

Tottenham Hotspur’s Harry Kane has also voiced his worries, saying the season should be called off — although he may have ulterior motives as Spurs as languishing down in eighth place in the premier League following a dreadful campaign for last year’s Champions League finalists.

Liverpool legend John Barnes, who was part of the Liverpool team who last won the English league back in 1990, has spoken to Gulf News in an exclusive interview about the unprecedented situation.

Many may question his priorities, given his loyalties to the Anfield club, but Barnes insists, in a sporting sense, much more is in play.

“This is not just the title destination. Forget Liverpool, forget 30 years. Forget a first Premier League tile. This has to be finished for all the professional leagues,” he told Gulf News.

“We are looking at relegation and all the loss of money that goes with that. These guys are saving a fortune. Then there are the clubs in the English Championship who have worked all season to gain promotion. A billion pounds around the corner, and then taken away.

“Even further down the leagues there are repercussions as promotion and relegation in the Championship is worth millions.

“This is about the integrity of football. Even if we don’t finish in six months, we MUST finish. Not just one league, here and there. All Leagues have to be completed, however long it takes.

“After we are done, then we look at next season. Not before. There cannot be a next season until this one is done.

“Nothing is set in stone. Let’s start the next season — whenever that is — later. It doesn’t have to be a normal calendar. Forget all that. Mop up the season — we know who has won but there are so many other teams with millions at stake — they have to finish. Adjust that season accordingly — less games? No FA Cup? No League Cup? Fine. Even the Champions League and Europa League ... They can catch up: knockout tournaments always will. But we can’t finish a season when a season isn’t finished.

“These are unprecedented times, so why worry about next season?”