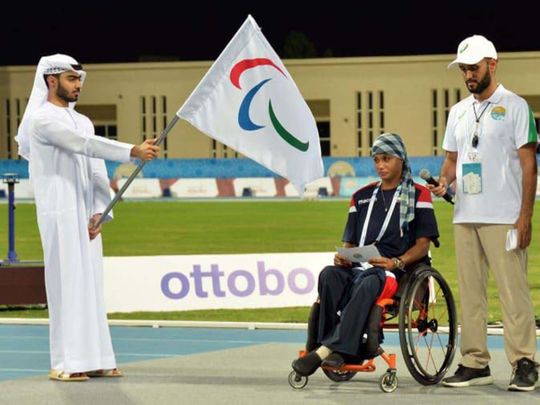 A bronze medallist at the 2017 London Championships, Clifford set a new world record of 3:47.78 surprising hot favourite Paralympic and World champion Abdellatif Baka, who finished in a time of 3:49.30 even as Russia’s Anton Kuliatin took the silver with 3:47.91.

Clifford paced himself well during the race while staying ahead of the pack throughout with Baka close on his heels.

In the final 100 metres, the world champion increased the pace, but Clifford showed that he was ready for anything thrown at him as he crossed the line in a new record time.

“I want a double at Tokyo 2020 (in the 1,500m and 5,000m). That is what I have been working so hard for. It’s unbelievable to win today as it has come against a strong field of world-class runners. I have less than a year to go for the Tokyo Games, but I am prepared for the challenges ahead,” he added.

Training alongside men’s marathon champion Michael Roger has helped the 20-year-old to believe in himself.

“The entire training group is there to make me believe that anything is possible. That has resulted in me setting two world records this year. We are all there for each other and that’s the secret of my success,” Clifford related.

The women’s T13 400m finals was another thriller with Brazilian Rayane Soares Da Silva beating favourite Leila Adzhametova from the Ukraine in the final. Da Silva finished with a personal best of 57.30 secs, surging ahead of Portugal’s Carolina Duarte (57.46 secs) in the last 100 metres, while Paralympic medallist Adzhametova came in third with 57.55secs.

“The last 100m was tough. My feet started to ache. But I am happy to finally finish it,” De Souza said.

“My coaches believed in me and this helped me believe in myself. It has been hard work and the result more than speaks for itself,” she added.

In other events on the opening day, former world champion Paul Blake clinched the men’s T36, 800m finals with a season’s best time of 2:07.44, while Bulgaria’s Athlete of the Year Hristiyan Stoyanov took a step towards his Paralympic gold dream winning the men’s T46 1,500m final.

In men’s 100m T51 final, Finland’s Piispanen Toni beat the world record holder Peter Genyn running in 20.33 secs. The other five finals were yet to finish.