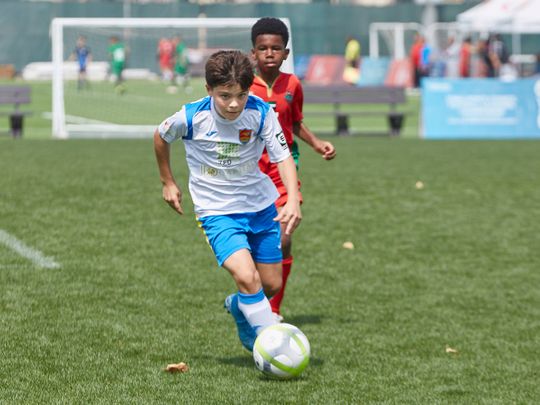 Dubai: Al Wasl Club scored a 3-0 victory over the Barca Academy Kubala U-14 Academy to take their points tally to 19, becoming the runner-up to the Spanish Soccer Schools Iniesta at the Dubai Sports Council Football Academies Championship. Barca Academy Kubala maintained their standing at 15 points.

The Dubai Sports Council Academies’ Championship is the largest tournament of its kind, expanded this year to include 100 teams and 2,300 players from private and local club academies. The tournament is played at the finest facilities in Dubai including Al Wasl Club, Shabab Al Ahli Club and Dubai Sports City Stadiums and would run till April this year.