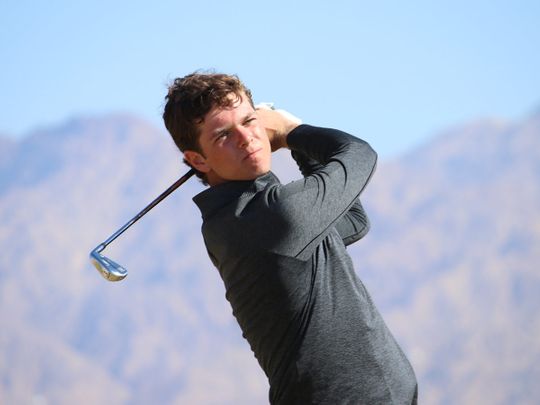 Dubai: Another remarkable piece of history was made on the MENA Tour by Arena when Jordanian amateur Shergo Al Kurdi became the first player from the GCC and Middle East countries to earn Official World Golf Ranking (OWGR) points with his tied second place finish at the $75,000 Journey to Jordan #1 - the opening event of the 2020 season - on Wednesday.

The 16-year-old Al Kurdi shot rounds of 70, 70 and 69 to aggregate seven-under par 209, which gave him a tied second position behind champion David Langley of England at the Ayla Golf Club in Aqaba, Jordan.

Al Kurdi finished tied alongside England’s Jamie Rutherford and Tom Sloman, which means he earns one invaluable OWGR point – first-ever for a player from the region that now hosts six events on the European Tour annually, including the season-ending DP World Tour Championship.

The most significant aspect of a player achieving the Official World Golf Ranking status, especially from developing golf nations, is that it is mandatory if their home country wants to become a part of the Olympics.

The eligibility for Olympics is through the Olympic Golf Ranking (OGR), which is completely based on OWGR. Golf made a return to the quadrennial Games in 2016 and has caught the fancy of most leading players.

Tiger Woods and Rory McIlroy have gone on record recently on how much they want to be a part of the Tokyo Olympics in 2020.

“I think it is a fantastic achievement for me to get OWGR points and I am really surprised that I am the first player from the region to do so,” Al Kurdi said.

When the new world rankings are released on Monday, Al Kurdi is expected to rise to around No.1,685 from his current unranked position.