Uncle Fluffy: Why this is the best franchise to buy in 2020 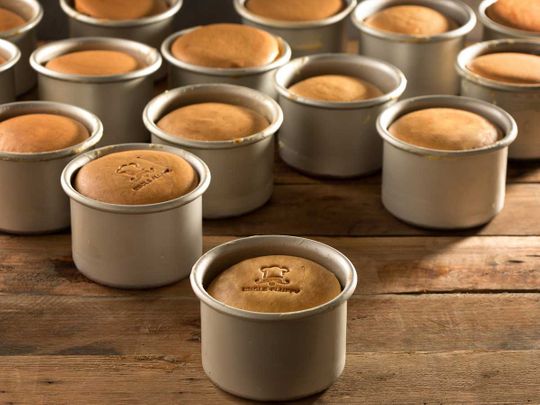 Owning a franchise lets you start-up, working with an established brand, and avoid some of the risk involved in testing a new business concept from scratch.

Kamal Abdul Aziz did just that when he joined the Uncle Fluffy group as a franchisee, opening the first Egyptian store in Cairo’s Festival City Mall in August 2019.

The Egyptian businessman says taking an Uncle Fluffy franchise was one of the best decisions he’s ever made.

It all started when I was in Dubai and I tried their delightful Japanese cheesecake and went to Egypt and realized that this product will work like a charm in my city,” says Abdul Aziz.

He’s since opened two more Japanese cheesecake franchises in Egypt, and says the continuous support from the Uncle Fluffy team made all the difference.

“The franchise process is so easy and very affordable,” he says. “The franchisor provides full guidance and is available for communication all the time,” he says.

Look out for the eight new branches he’s opening across Egypt soon!

The Uncle Fluffy concept was founded by Dubai-based entrepreneur A.D. Mohra. After a visit to Japan, he found himself craving the unique style of pillowy, velvety cheesecake he’d indulged in on his recent trip.

In 2017, the first Uncle Fluffy store opened with its signature menu of five, and only five, styles of the best Japanese cheesecake.

Over the following year, he set-up two more stores in Dubai and says he found it to be the perfect home for his startup.

“I am very proud to be part of this economic harmony,” he says, crediting the UAE’s sustainable business atmosphere with allowing him to start the Uncle Fluffy franchise. "The UAE have always been a home for great startups that impacted and touched our lives in one way or another. Today, millions of people are enjoying the great taste of the finest Japanese cheesecake crafted by best Japanese chefs."

Believing in the strength of his product, and knowing he could not grow the business to its full potential single-handedly, Mohra decided on a franchise business-model.

Today, the chain has grown modestly to include 14 stores, in four countries throughout the region, with projected expansion to include 135 branches worldwide by the end of 2020, including outlets throughout North America, Europe and Australia.

His goal for the group is no less than to be globally-recognised as the leading Japanese cheesecake baker.

Why you should franchise Uncle Fluffy?

The Uncle Fluffy franchise model is structured simply to allow those with an entrepreneurial mindset, but limited business experience to take advantage of the opportunity.

• The franchise fee is affordable, as they’re hoping to attract young passionate entrepreneurs to join the family.

• There are two styles of bakery franchise: either a small kiosk or a full shop with seating area, to suit both the location and available capital. The one-time franchise fee for a small kiosk is as low as $30,000 (Dh110,100).

The Uncle Fluffy team provides free training to franchises in all aspects of running the store. They will guide all franchisees in selecting the best spot; purchasing equipment and ingredients locally; hiring staff, and of course, how to prepare and bake the perfect cheesecake according to their top secret recipe created by the best Japanese chefs.

The group has really thought of everything in terms of training and automation to make it a piece of cake to setup and grow a profitable franchise.

Each outlet is given a dedicated website where customers can learn about the prestigious brand; place home delivery orders and contact the franchisee directly.

The Uncle Fluffy franchise agreement will guarantee the exclusivity of each outlet within a 15km radius to make sure franchisees aren’t competing amongst themselves for customers. There are also exclusive territory-wide rights arrangements available.

Up and running in 90 days

The streamlined setup process could see you opening an affordable franchise in as little as 90 days, with some franchisees reaching break-even point within the first two months of opening.

To set yourself up in a top franchise in 2020, register online at www.unclefluffyfranchise.com or contact them at [email protected]. Also visit https://unclefluffy.com/ for more details

Coffee helps in the the fight against colorectal cancer

NYFW Notes: Athleisure is getting dressed up

Friday Masterclass: Free lessons to design your home like a pro

5 of the best places for afternoon tea in the UAE

Bollywood: Amitabh Bachchan reveals he is a pledged organ donor

Amyra Dastur: I have lost parts to star kids