Emirates Lit Fest: Why I wrote a book on modest fashion 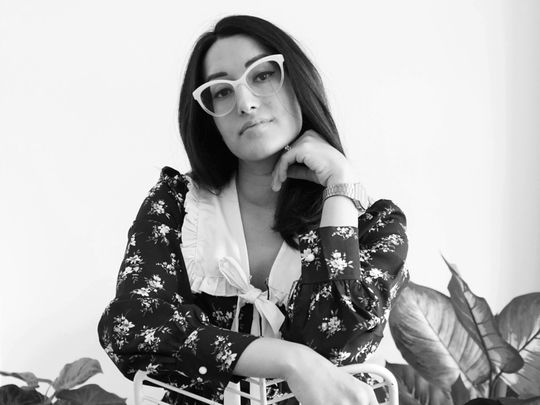 “Modest fashion.” It’s a pairing of words that has become immensely popular in the Middle East, where cultural dress codes call for conservative attire. But the movement has also gained surprising momentum in the Western part of the world, where modesty hasn’t typically been a design concern among mainstream fashion brands. American, French and Italian labels are instead known to bare a fair amount of skin, rather than cover it up, on catwalks.

But an upheaval of sorts is underway, as more designers are catering to perceived Muslim spending power, and championing both conservative cuts and cultural diversity. The sight of Halima Aden, a Somali, hijab-wearing model at New York Fashion Week in 2017, was not only groundbreaking, but one of the many catalysts of the now-global modest fashion movement in our midst.

As a fashion journalist with a keen interest in clothing that’s conservative yet stylish, I’ve been privileged to cover this ongoing style revolution over the past few years. But newspapers have tight word counts, and there’s always so much more to say on the subject than space allows. There are the many cultural and religious factors to discuss, different interpretations of modesty to shed light on, various designers to highlight and multitude of modest fashion bloggers to include, not to mention the controversial questions that are being raised by both traditionalists and liberals alike — like: “How can fashion be modest and hijab-friendly, if fashion trends intend to attract attention, while covering your head is meant to signify a veil of privacy?” “Does modest fashion promote gender inequality and patriarchy?” “Are women who don’t shop from this retail category thereby labelled ‘immodest’?”

These are questions I could sometimes touch on as a journalist, but never delve into quite deeply enough. They’re also questions that inspired my publisher, Archna, of London-based Neem Tree Press, to reach out to me with the opportunity that every journalist dreams of — to write an entire book dedicated to a subject I had found myself so passionate about.

The time frame was key. Modest fashion had become a hot topic in the media, and it was crucial to get the book out while that was still the case. Dedication, efficiency and a whole lot of earl grey tea got me through the following months, as I scrambled to interview modest fashion designers, bloggers and entrepreneurs across the globe, building on the research I had already amassed while working as a journalist and stylist.

I travelled to Turkey to attend Istanbul Modest Fashion Week organised by leading Turkish eCommerce platform Modanisa, where I had the opportunity to meet and interview Aden.

During Dubai Modest Fashion Week, hosted by Think Fashion, in Dubai, I met with a cheery, charismatic Apostolic Christian blogger, Alexa Sue-Anne Dudley, who flew to the UAE to celebrate this multi-faith movement. I spent a day shooting with a group of six inspirational women: Rihab Nubi, Maha Gorton, Sameera Hussain, Saira Arshad Nabilah Kariem and Safiya Abdallah, who embody everything about the modest fashion movement: confidence, diversity, entrepreneurial spirit and a spectrum of different personal styles and approaches to covering their bodies.

I chatted with London-based Mariah Idrissi, the world’s first hijabi model to land a global fashion campaign, over cappuccinos at Tania’s Teahouse, where she revealed her own views about the industry. Later, an image from her shoot with US-based Hijab In Style magazine, was selected as the book’s cover. Showcasing Idrissi dressed in a fuchsia power suit by Turkish label Gizia, punchy Louis Vuitton accessories and an elegantly-draped headscarf to finish, it encapsulated one of the key messages of the book: that the modest fashion movement is bold, upbeat and being driven by millennial Muslims.

A year and a half after my first meeting with Neem Tree Press, we’re about to launch ‘Modesty: A Fashion Paradox’ at the Emirates Literature Festival, a month before it launches in the rest of the world. Packed with personal insights, interviews with key players in the industry and striking photographs, the book offers a comprehensive look into the world of modest fashion — a retail category that’s growing stronger by the day.

— Hafsa Lodi is a Dubai-based fashion journalist. She will be part of a panel discussion on February 7 at the Emirates Airline Festival of Literature to discuss her book. The panel will also feature the CEO of The Modist Ghizlan Guenez and hijabi model Mariah Idrissi. Entry is free but registration is essential on emirateslitfest.com. Event starts at 6pm.

Over-sanitising? Here's how to keep your skin soft

COVID-19: How pets and their owners adjust to life during coronavirus pandemic

Even COVID-19 can't stop these couples from getting married

Meditate with Urmila: How to receive gratitude by honouring others

Why design's regional brands are bang for the buck

Living in the age of coronavirus

How a probiotic drink can help you stay healthy

Rohit reminded me of Inzamam in early days: Yuvraj