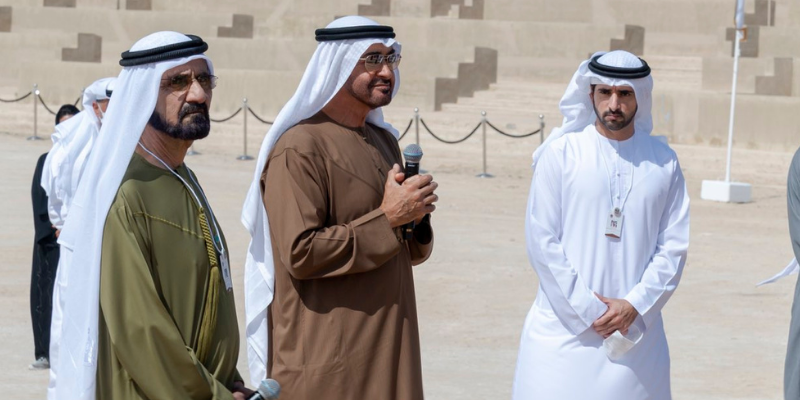 His Highness Sheikh Mohammed bin Rashid Al Maktoum, the Vice President and Prime Minister of the UAE and Ruler of Dubai, and His Highness Sheikh Mohamed bin Zayed Al Nahyan, the Crown Prince of Abu Dhabi and Deputy Supreme Commander of the UAE Armed Forces, met with the team behind the UAE’s Hope Probe to congratulate them on a successful mission.

Coming together at a socially distanced meeting in Bab Al Shams, the UAE leaders held a reception for more than 200 engineers who worked on the UAE’s mission to Mars.

“Celebrating the Hope Probe team as part of the ministerial retreat is a message that our projects over the next 50 years will be as ambitious as the Emirates Mars Mission,” Sheikh Mohammed said.

“The Hope Probe is the best gift to dedicate to the people of the UAE on the 50th anniversary of our country.”

Meanwhile, Sheikh Mohamed bin Zayed said meeting those who led the Hope Probe mission to the Red Planet was a “true honour”.

“Meeting the Hope Probe team today was a great honour indeed,” he said. “This team of young Emiratis took the UAE to Mars with a determination and confidence that has inspired us all.

“Their achievement is not just a moment in history, it is a gift to the nation which will endure forever.”

Watch: Marvel drops the Zemo Cut for 'The Falcon and the Winter Soldier'

7 of the best spiritual retreats around the world

An exceptional edit of the best pieces to wear this Ramadan

The ultimate edit of unmissable dine-in Iftar deals in Dubai

6 of the best ongoing staycation deals in Dubai