Rap Rock and All that Jazz: Abbey Road is the best example of how great The Beatles were 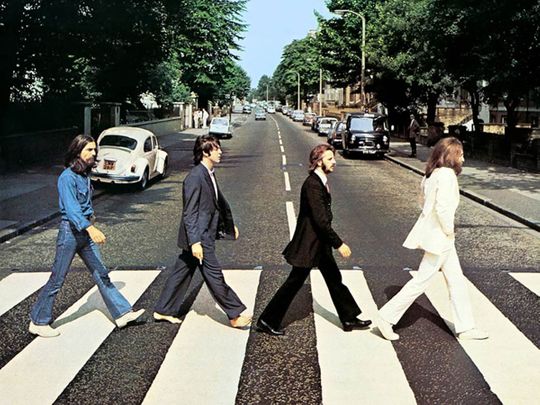 Dubai: The lyrics of ‘The End’, the last song recorded by all four Beatles, John, Paul, George and Ringo, is evocative as it is poignant.

It’s message is clear, the Beatles were done with being a band, and it brought the curtain down on one of the most exceptional and influential eras of sixties popular music.

Nothing lasts forever and it was inevitable that the four Liverpudlians would one day branch out into their own biospheres. That day came soon after the September 1969 release of the iconic ‘Abbey Road’, a landmark album that saw John, Paul, George and Ringo push the boundaries of modern music inslde the hallowed Abbey Road studio, and in doing so pave the way for the rock era of the Seventies, a decade that witnessed an important transformation for the industry.

However, prior to two minutes and five seconds of ‘The End’, which was intended as the concluding song on Abbey Road before it was nudged out by Paul McCartney’s tongue-in-cheek ‘Her Majesty’, Abbey Road is filled with some of the most enduring songs written by the Fab Four.

‘Come Together’ has a sensual ring to it while ‘Because’ showcased the unsurpassed harmonies of a band basking at the peak of their powers.

But Abbe Road will forever be remember by two masterpieces penned by George Harrison, the ballad ‘Something’ and the absolutely divine ‘Here Comes The Sun’.

Songs of unbridled love and sheer joy for life.

Abbey Road, which celebrated its 50th Anniversary in September, also made its way into the Guinness Book of World Records as the longest time for an album to return to No 1 on the music Charts, having reached the coveted position last month following it’s debut in January 31, 1970.

That apart, Abbey Road, has remained an all-time favourite album for me and sounds as relevant today as it did five decades ago. Not many records that do that for you.