Call of a distant shore 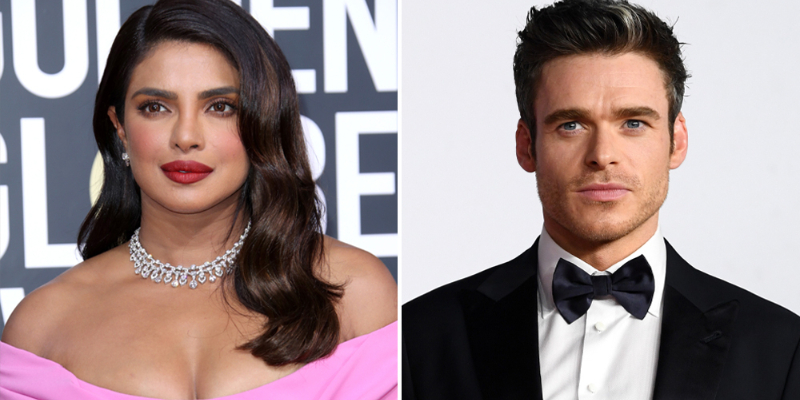 It doesn’t seem like Priyanka Chopra has put her spy days behind her. The Quantico star is set to appear alongside Game of Thrones’ Richard Madden in Amazon Prime’s spy thriller Citadel.

The Bollywood beauty is back with another captivating series, which will be directed by Joe and Anthony Russo — aka the Russo Brothers, who were behind several Avengers films. Amazon announced that the upcoming series, which has been described as an action-packed spy series with a compelling emotional center, will be a “global event multi-series” with Priyanka and Richard leading the American version of the show. The events will also transpire with local-language editions in Mexico, Italy and India.

We are only in January, but it seems like 2020 will be a packed year for the 37-year-old actress, who recently starred in and co-produced The Sky is Pink, an independent Indian movie that premiered as an official selection at the Toronto International Film Festival. Not only that, but Priyanka is also starring in two upcoming Netflix films: We Can Be Heroes and an adaptation of the Man Booker Prize winning novel The White Tiger.

Citadel will not be Priyanka’s first endeavour with Amazon Prime, as the actress and her husband Nick Jonas are producing a series together. The couple who wed last year revealed their latest project, Untitled Priyanka Chopra Jonas/Nick Jonas Sangeet Project, a reality competition series EP’d by the A-list couple and inspired by an Indian pre-wedding tradition called the Sangeet.

Priyanka made the announcement on Instagram, writing: “At our wedding, both of our families came together to perform a sangeet. A performance (dance-off competition style) that celebrated our love story, one of the most unforgettable moments from a very special time in our lives.

@nickjonas and I are excited to announce a new, currently untitled project (we’re still working on it!!) that celebrates the love and magic that comes from friends and family that join together through music and dance the night before a wedding.”

What Harvey Weinstein's new life in prison will look like