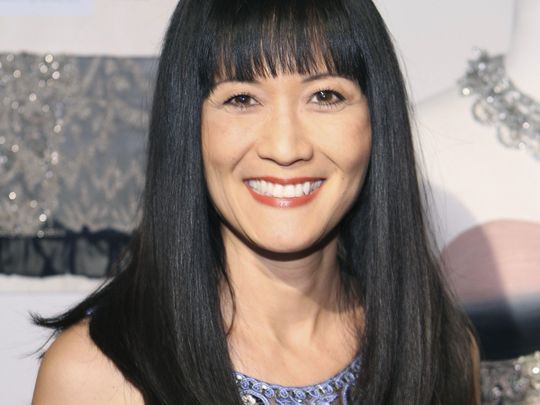 Suzanne Whang, longtime host of HGTV’s hit series ‘House Hunters’, has died at 56 after a 13-year battle with breast cancer.

Whang’s partner, Jeff Vezain, confirmed on Thursday, via an emotional Facebook post, that she died at their Los Angeles home at 7.20pm Tuesday as he “knelt beside her and caressed her”.

“A lifetime of love, adventure, humour and bliss now lives in our memories,” Vezain wrote, using Whang’s Facebook account. “For thirteen years she confronted cancer with courage, humour, determination and optimism. She was immensely encouraged by the love of her family, friends and those she had yet to meet. Your kind, loving messages always lifted her spirits. I know she would prefer that her life be celebrated, as opposed to her passing mourned, but I also know how vehemently she disagreed with anyone being told, ‘Don’t cry’. So ... cry if you will. I’ve been crying a LOT! And laughing ...and everything in between.”

Beginning in 1999, Whang anchored ‘House Hunters’ from its inception until 2007, helping cement the program as a popular staple for the home improvement channel. Following Whang’s cancer diagnosis in 2006, Colette Whitaker took over the gig from 2008 to 2009, succeeded by Andromeda Dunker, who currently hosts that series as well as “House Hunters International, “ which Whang hosted in 2009-2012.

She wore many faces in the entertainment industry and beyond. Her acting credits include recurring roles as manicurist Polly Nguyen on NBC’s “Las Vegas “ and Divina on Here TV’s “From Here on OUT, “ plus appearances on more series, including ‘Dexter’, ‘Arrested Development’, ‘General Hospital’, ‘The Secret Life of the American Teenager’ and ‘Criminal Minds’.

In 2011, doctors told her she had six months to live. She beat those odds, living cancer-free until 2018, when the illness returned.

“Her audacious sense of humour blessed many, shocked a few, but allowed us to laugh in the face of adversity,” Vezain wrote. “She was an amazing daughter, sister, friend, mentor and advocate. As I, her family and her closest friends process her transition, we ask for your prayers and loving thoughts.”

An outpouring of love and respect for Whang surfaced on social media in the wake of her death. ‘Dancing With the Stars’ host Tom Bergeron and Whang’s fellow student of metaphysics, 2020 presidential candidate Marianne Williamson, were among those who penned tributes to the beloved TV star.

“Prayers for the brave and courageous @suzannewhang, “ Williamson tweeted. “May her soul fly free at last, unburdened now by the sorrows of the world. May she rest peacefully and dance joyously unto eternity. I feel grateful to have known her and send love to those who loved her.”

Vezain promised on Facebook to “try” to update those who wish to celebrate Whang’s life, though he “may not be able to respond to queries.”

Whang’s last project, ‘The Pipeline’, is currently in post-production.