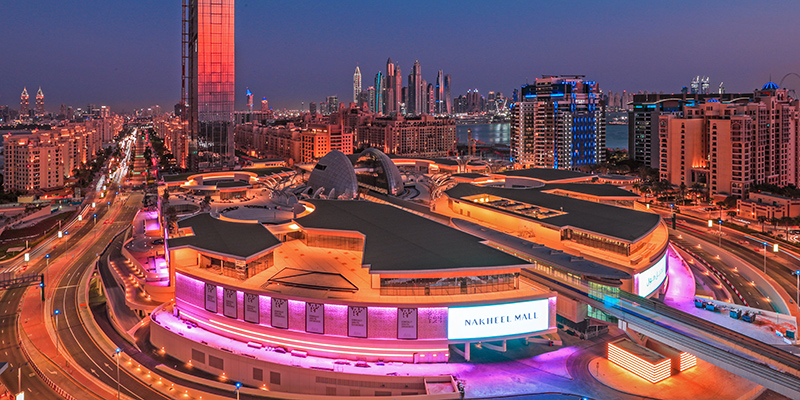 Your chance to win

Here at EW HQ we think all kinds of spending should be rewarded. Looks like Nakheel Mall on Palm Jumeirah shares that sentiment as it’s offering you a chance to win a luxury staycation at one of The Palm’s leading resorts by dining at one of their numerous restaurants.

Until March 14, if you spend Dhs150 or more at any Nakheel Mall restaurant – such as Vapiano, Café Bateel, The Noodle House, Shake Shack, Nar, LPQ and all the 26 fabulous outlets at Depachika luxury food hall – you can enter spin and win draw, and if luck is in your favour, you could be enjoying an unforgettable night for two at either Fairmont The Palm, Sofitel Dubai The Palm or W Dubai The Palm. As an extra treat, your getaway will also include breakfast.

The tasty offer is complemented by live stage shows featuring real-life characters from Tom and Jerry, Shaun the Sheep, as well as roaming entertainment, live bands and regular weekend pop up stalls from now until March 21.

Nostalgic adults and youngsters can enjoy a lively stage show starring real-life versions of Tom and Jerry, from the Warner Bros. cartoon comedy series every Thursday, Friday and Saturday at 4.30 pm, 7 pm and 9pm until March 3.

Shaun the Sheep, the popular spin-off of British animated TV series, Wallace and Gromit, is on the Nakheel Mall stage each Thursday, Friday and Saturday at 4:30 pm, 7 pm and 9 pm until March 21. If that isn’t enough, the mall will play host to daily live musicians until 18 April.

It’s the place to be this DFF

Coronavirus Pandemic - The cast of the movie Contagion: Control the Contagion - Spreading Facts, Not Fear