Eminem drops suprise album 'Music To be Murdered By' 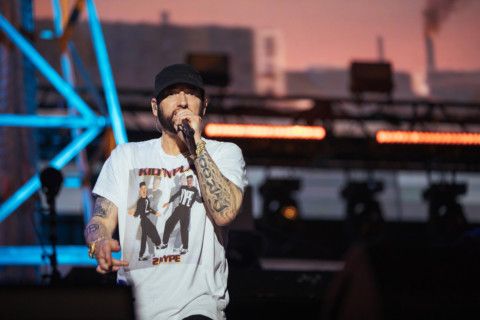 Eminem gave his fans a surprise on January 17 when he decided to drop an album titled ‘Music To Be Murdered By’.

The rapper decided to break the news on Twitter and wrote: “It’s your funeral...#MusicToBeMurderedBy Out Now”.

‘Music to be Murdered By’ is Eminem’s 11th studio album. The latest album by the rapper, whose real name is Marshall Mathers, features 20 tracks.

Some of the songs in the album are ‘In Too Deep’, ‘Godzilla’, ‘Darkness’ and ‘Leaving Heaven’.

The rapper also revealed in a tweet that the album is inspired by Alfred Hitchcock.

In the album, Eminem has collaborated with Ed Sheeran (‘Those Kinda Nights’) and Skylar Grey (‘Leaving Heaven’).

It is not the first time that Eminem has dropped a surprise album. In 2018, he dropped ‘Kamikaze’ with a post on social media.

‘Kamikaze’ had opened on the number one slot on the Billboard 200 list.

The rapper, who peformed in Abu Dhabi last year, has won 15 Grammys so far. He won the latest Grammy in 2015 as he took the prize for Best Rap Album (The Marshall Mathers LP 2) and Best Rap/Song Collaboration (‘The Monster’, featuring Rihanna).

What Harvey Weinstein's new life in prison will look like