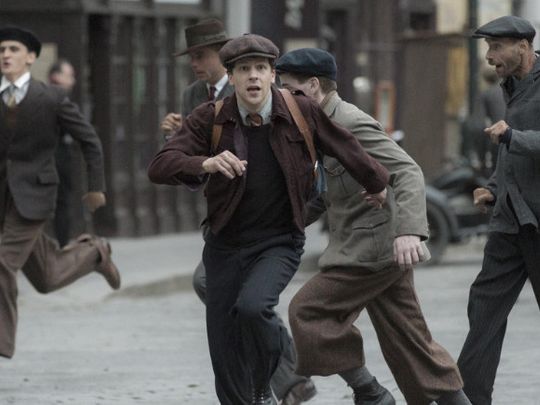 Jesse Eisenberg’s new film, ‘Resistance’, will premiere across digital platforms in lieu of a theatrical release.

The biographical drama will launch on April 13 on iTunes, Google Play, the OSN Store and local platforms including Du, Etisalat E-Vision, Ooredoo, Vodafone and Omantel.

‘Resistance’ follows the story of aspiring Jewish actor Marcel Mangel who joins the French Resistance to save thousands of orphaned children from Nazis before becoming a world-famous mime.

Founder and CEO Gianluca Chakra said they have witnessed an almost 300 per cent jump in VOD viewership over “these past weeks”.

“Covid-19 has quarantined MENA moviegoers and, given these uncertain times, it’s useless to stall on releases and deprive moviegoers from fresh premium content. The world hasn’t stopped,” said Chakra.