Agroturf Integrated Farms: Starting an agrarian revolution in the desert 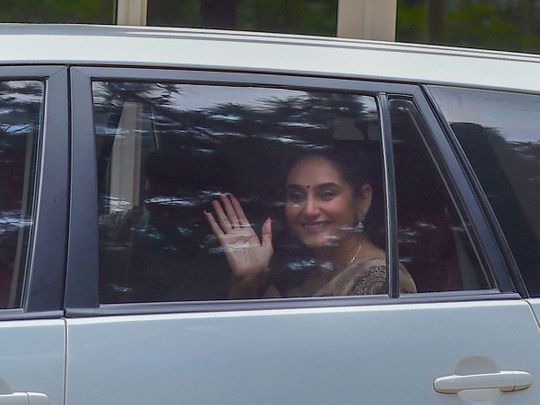 The Central Crime Branch (CCB) on Friday detained Kannada actress Ragini Dwivedi for questioning, following a search operation at her residence in Bengaluru.

Yesterday, the agency had sent her a notice to appear before it for investigation in connection with a case.

Notably, Kannada filmmaker Indrajit Lankesh, a couple of weeks back, had appeared before the CCB and revealed information about the consumption of drugs in the Kannada film industry.

The Anti-Narcotics Wing of the CCB issued a notice to Lankesh regarding his statements on media channels over consumption of drugs in the Kannada film industry and asked him to share information.

Karnataka Central Crime Branch (CCB) officers searched the house of Kannada film actress Ragini Dwivedi in the city's northern suburb as part of its inquiry into the alleged drug links in the Kannada film industry, police said on Friday.

As the search was under way since morning, Patil did not say if drugs were found in Dwivedi’s house though the sleuths scanned all the rooms, kitchen and flower pots kept in the balcony.

"Details of the search will be given after the raid is completed," said Patil and confirmed that the 30-year-old actress was at home when the sleuths entered her flat with the search warrant.

The search was conducted on a tip-off from her friend Ravi Shankar, who was arrested on Thursday evening for allegedly peddling drugs.

"We have, however, seized Ragini's 4 mobile phones and a laptop from her flat," said Patil.

We have secured Shankar's custody from a local court for five days to interrogate him to ascertain to whom all he supplied the banned drugs," Patil said on Thursday.

According to sources, Shankar is an official in the state Regional Transport Office (RTO) at Jayanagar in the city's upscale suburb.

"Shankar is learnt to have attended rave parties with Ragini where drugs like marijuana (ganja), cocaine and hashish were used," said a source.

The CCB summoned Dwivedi again to its office on Friday for inquiring into her alleged drug links after she did not appear on Thursday before its sleuths and sought time till September 7.

City police have began a crack down since Monday after noted Kannada film producer Inderjit Lankesh alleged that about a dozen Sandalwood actors were into drugs and there was a nexus between them and drug mafias.

Dwivedi is the first Kannada film actor to be summoned by the CCB after Lankesh on August 29 alleged that actors and musicians were involved in consuming banned drugs during shooting sessions and at rave parties organised by various stakeholders.

Lankesh's startling revelations about the rampant abuse of banned drugs in the multi-crore film industry came three days after the Narcotic Control Bureau (NCB) busted a drug trafficking racket in the city and arrested former Kannada television actress D. Anikha and two of her accomplices, R. Ravindran and M. Anoop, on August 26.

The central agency also seized huge cache of drugs from the accused, including 145 ecstasies or MDMA pills and Rs 2.2 lakh in cash from the Royal Suites Hotel Apartment in the city's northeast suburb on August 21 and more pills in a follow-up raid last week.

The drug racket is suspected to supply recreational and party drugs to Kannada actors, children of VIPs, students and others.

"Noted musicians and actors in the Kannada film industry are under the scanner after their links to drugs came to light," an NCB official had said earlier.

Lankesh came to the CCB office earlier in the day for the second time on summons by Patil, who is investigating the multi-crore drug scam that rocked the Kannada film industry.

"I presented myself before the CCB for the second time on summons. But I cannot divulge the details of what I presented to the officials. Let them (CCB) investigate the charges and truth will come out," asserted Lankesh.

Lankesh also claimed that he had given material evidence on the alleged drug abuse among the Sandalwood actors.

Lankesh (43) is the son of noted editor late P. Lankesh, who had launched the popular "Lankesh patrika" (weekly tabloid) in Kannada in the 1980s.

"As I am associated with the film industry as a producer, director and writer, I came to know that some of the parties in the Sandalwood circle are hosted by drug mafias," Lankesh said.

10 ways to celebrate Halloween in Dubai

Art, food and waterslides: Fun things to do in UAE this weekend

6 healing products to soothe your skin during pregnancy

This is the most searched for skincare ingredient of 2020

SENSASIA is opening it's most luxurious spa in Dubai this month

Designer interior collection that brings a cool factor to your home

A 1.6km pet-friendly beach is opening on The Palm in Dubai this week

IPL 2020: Kohli has ‘no doubt’ RCB will correct mistakes and come back stronger

The scene of the Crawley murder investigation

Brands can and should indeed serve a much higher purpose