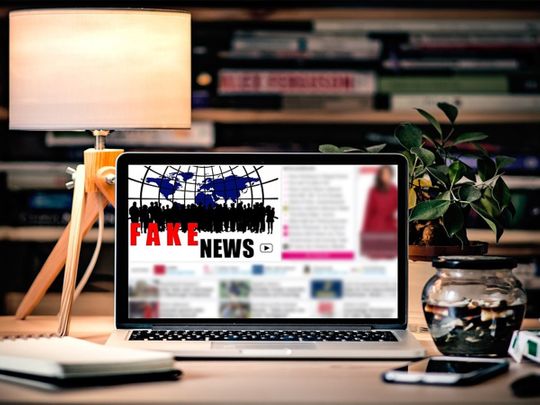 Dubai: A new UAE residency visa scam has been circulating recently across social networking sites, with the intention to lure people into clicking on websites.

In an attempt to look as legitimate as possible, one of the fake advertisements even posted a photo of His Highness Sheikh Mohammed Bin Rashid Al Maktoum, Vice-President and Prime Minister of the UAE and Ruler of Dubai.

The ad goes on to claim: “Anyone who has been resident of the UAE for more than eight years will be exempted from paying residency fees for the next four years, starting from 2020.”

Another ad, with the headshot of Saqr Gobash Saeed Gobash, the previous minister of Human Resources and Emiratisation (formerly known as the Ministry of Labour) announced: “Anybody who has been in the country for 20 years or more will get an infinite UAE residency visa”.

Both fake ads had links to blogs and news sites.

In reality, there is no such type of residency “offer” and the only information that should be followed are those circulated directly from government bodies on their official social media accounts, such as the Federal Authority for Identity and Citizenship or the General Directorate of Residency and Foreigners Affairs in Dubai.

On May 21, 2019, the UAE started issuing long-term residence visas enabling foreign investors and talents to live, work and study in the UAE without a sponsor and with 100 per cent ownership of their business. These visas will be issued for five and 10 year durations and are renewable.

The Telecommunications Regulatory Authority (TRA) has been continuously campaigning against spreading fake news in the UAE, and warned residents not to share unverified news from untrustworthy news sites.

“Remember that not everything you read on social media is true, some are just rumours that can cause harm to others or to the state,” tweeted the TRA recently. “We ask you to always verify the source and to use the official accounts of the government to verify the news.”

The TRA also pointed out that according to the UAE’s anti-cybercrime law, violators will be penalized with an imprisonment or a fine of up to Dh1 million.

Article 29 of Federal Law No 5 of 2012 penalises those proven guilty of sharing “information, news, statements or rumours” that are damaging to the “reputation” of the state or any of its institutions.

This law also applies to message circulated by electronic means, which include email, SMS, WhatsApp, Facebook and other social networking sites.

Watch: How K9 dogs detect COVID-19 patients in the UAE

UAE weather: Rainfall during the afternoon expected in Abu Dhabi and Fujairah

Eid in UAE: Have your meat and stay healthy too

Top 30 countries: Where the UAE stands in COVID-19 safety rankings