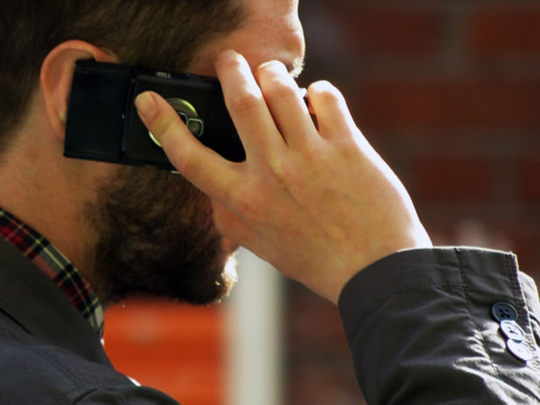 Dubai: Telecommunications firm Etisalat are warning customers to secure themselves against hackers, after a company owner was billed over Dh24,000 for landline calls to Mauritania in West Africa that his business never made.

Indian expat Ashok Chaturvedi, who runs a medical training and events firm in Karama, said he received usage charges of Dh24,469 for the month of June after “10 days of unabated calling to one single number in Mauritania,” appeared on his phone bill.

“I don’t know anyone in Mauritania and I doubt if any of my staff do either,” he told Gulf News. “The first call started at 5am and thereafter it ran 24/7 without break every two seconds. There is CCTV footage to prove no one was using the phones at this time and in any case we have access control to the building and international calls out are barred through a system we have set-up through Etisalat,” he added.

“In 20 years our bill has never exceeded Dh3,000 a month, so to all of a sudden get a bill with our entire international calls for the month being to one single country where we have no business dealings, gives me the impression that someone has externally hacked our lines.”

After contacting Etisalat, Chaturvedi was told the amount in question would be set aside until his complaint was resolved, however when he didn’t pay, his internet and phone lines were cut.

“Ninety-five per cent of my business is based on electronic communication, also to leave my phone lines disconnected gives a false impression to my clients that something has happened to the company, so I had no alternative but to pay the bill to reactivate the lines,” he said.

“Etisalat always advises customers to be prudent and protect their personal devices and hardware to avoid becoming a victim of a security hack or attack,” the statement read.

“As part of our commitment to raise awareness on security and protection, Etisalat also conducts digital security events and campaigns to educate customers on protecting their business assets, data and personal information against telecom frauds.

“Etisalat consumers also have an option to subscribe to solutions that have the capability, resources and expertise to help them enhance their security level and reduce attacks on a customer’s infrastructure with mitigation plans to prevent breaches and fraud at earlier stages.

“Etisalat works closely with relevant authorities to ensure that appropriate action is taken against fraudsters who target both individual and business customers, and continues to urge them to be vigilant of such frauds.”

The statement declined to say whether Chaturvedi would be reimbursed.

In response to the statement, Chaturvedi said: “I strongly believe our internet security is strong enough and in any case this is the phone line, not an internet issue. It’s the product that’s vulnerable. The line got hacked and diverted. What else can a customer do? I’d love for them to tell us.”

Gulf News contacted the Telecommunications Regulatory Authority (TRA) for comment but they referred us back to Etisalat.

How to stop your landline getting hacked

Phone hackers can access your landline to make international calls on your bill. They are usually based overseas, hence you could be seeing calls made at strange times to unfamiliar places. You won’t notice this until you get a massive bill and check your call list at the end of each month, but by then it’s too late. Here’s how you can avoid falling victim to such fraud:

Watch: How K9 dogs detect COVID-19 patients in the UAE

UAE weather: Rainfall during the afternoon expected in Abu Dhabi and Fujairah

Eid in UAE: Have your meat and stay healthy too

Top 30 countries: Where the UAE stands in COVID-19 safety rankings