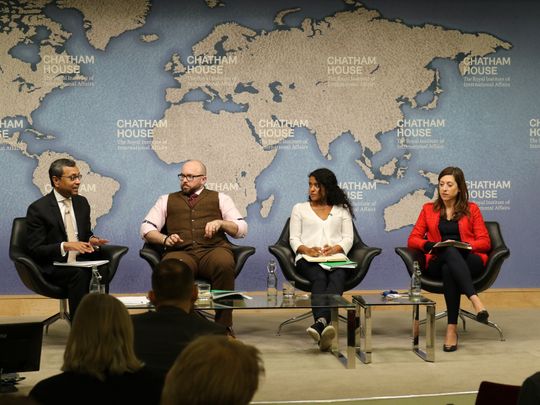 DUBAI: Two-thirds of young Arabs view Iran as an enemy, according to the 2019 ASDA’A BCW Arab Youth Survey.

Conducted in January, the survey, revealed that 67 per cent of young Arabs view Iran as a foe while 32 per cent view it as an ally.

Perceptions vary according to region. In the GCC for instance, 87 per cent consider Iran as an enemy compared to 51 per cent in Levant and 64 per cent in North Africa.

The findings of the survey were debated at a special event held at the London think tank Chatham House last week.

It showed that most young Arabs consider European nations as strong allies with France topping the list (75 per cent) of those surveyed, closely followed by Germany (73 per cent) and the UK at 68 per cent.

The survey showed that 59 per cent of the youth consider the US as their enemy. Closer home, 93 per cent of young Arabs consider he UAE as their strongest ally followed by Saudi Arabia (80 per cent).

Participating in the panel Sunil John, Founder, ASDA’A BCW, and President, Middle East, BCW said, “We’re moving from the power hubs of Baghdad and Cairo to those of Riyadh and Abu Dhabi.”

The Arab Youth Survey, now in its 11th edition is the largest study of its kind into the region’s largest demographic: its youth.

The full survey data is available at www.arabyouthsurvey.com.

UAE cinemas: What to watch this weekend

Wishful thinking: 10 beautiful beaches you have to visit in your lifetime