Some UAE companies are returning staff salaries cut during COVID-19 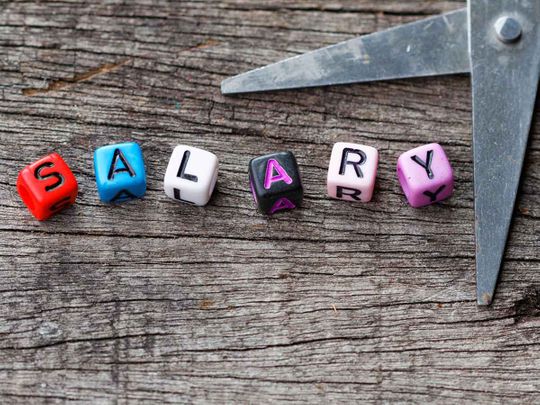 Dubai: Some UAE-based companies have started to return staff salaries following cuts made in the wake of COVID-19.

Several companies had slashed staff salaries by 30 per cent owing to the financial distress arising out of the COVID-19 pandemic.

Danube Group was no exception. Although it did not fire its staff, the company reduced salaries by 30 per cent during April and May. “In June, we restored staff salaries to what they were prior to COVID-19. But somewhere it was hurting me that my staff had to face salary cuts. I have always believed that my company has been built by my hard-working, dedicated staff. And so, I returned the salaries we had deducted for April and May. It is like a Diwali treat for my people,” said Rizwan Sajan, chairman of the group.

According to Sajan, the group has also hired 350 people at a time when other organisations are either cutting down their workforce or asking their employees to stay on board without being paid for an indefinite period.

“The novel Coronavirus (COVID-19) continues to spread across the globe; businesses are facing weakened financial markets, disruption to workplace operations and economic uncertainty. We have seen unprecedented measures taken by the world to prevent the spread of the disease, including mandatory work-from-home instructions and business shutdowns. During this time, a decision like this will for sure motivate the employees to go beyond the limit and deliver the best possible result to the organisation.”

Sajan said he was emotional seeing the happiness in the eyes of his staff when they heard that their money was being returned. “It is tough when people lose jobs or face salary cuts. They have responsibilities and it is a burden on them. I know the pain of not having money and I could never do that to my staff again.”

The Danube chairman said the group has been doing considerably well. “Of course, we did touch a low during the peak of the pandemic. But we have found a way around. Nothing is unmanageable. Our company is where it is today, thanks to our staff. I feel it is my responsibility to return the amount as I was really feeling sorry about this entire deduction process. Trust me, in the last 27 years, not even once did the salary of our staff get delayed. This deduction was the first in Danube’s history. Hence, I am extremely happy,” said Sajan.

“Decisions like these are required now more than ever before to keep the economy in good shape,” he said.

Parwani, who was forced to reduce salaries of 20 per cent of her staff, has not just returned their original salaries, but also raised their skills and promoted deserving candidates during the pandemic.

“During the pandemic, we kept salaries intact for 80 per cent of our staff. The others we had to reduce their pay. As an employer, I am totally against making people redundant, especially when there is a downturn in the economy. It is hard on people when they are suddenly uprooted. So I decided against the idea of firing people and decided to give them training in new skills. They coped well and we upgraded them to a higher level. This meant they received a higher pay too.”

“For example, our administrative staff, who were involved in document control, payment collection, our messenger boys were suddenly without a job. So as a first step we lowered their salaries by 40 per cent. We then started training them on different skill sets. They gradually learned to pick up on their work. After the lockdown, we started paying them full salary. Later some of them were given promotion with 15 percent hike in salary and added benefits.

“It’s easy to fire people during a crisis, as it is the easiest thing to do for an employer. But there is something called a human compassion. I discovered some hidden talents of some employees. Six months later, our decision worked well not only for them, but also for the company. They are now more productive and are helping the company in a bigger and better way.

“I have been advising clients on how to better manage their estates, assets and their wealth. This helped me to look at things differently during this crisis. When it came to my own colleagues, I helped them to help the business. This is a very good lesson, not only for me, but for others also. I hope this inspires others to do the same and retain talent.”

Pandemic should not be an excuse

Another employer Chirag Ramesh Vora, managing director, Bafleh Jewellery, said the pandemic forced him to downsize his staff and cut salaries by 25 per cent. “We have now reinstated original salaries of our wholesale division employees, however, to pre-COVID numbers. Since the retail jewellery market has been badly hit, we have not returned original salaries of staff working in this division as yet. But we will re-consider it post Diwali. If we think the momentum has picked up post Diwali, we will be happy to give them their salaries back,” said Vora.

“Ultimately, we want our employees to be happy. We don’t want to use the pandemic as an excuse to cut staff salaries. If our company situation improves, we want to pass this on to our staff.”