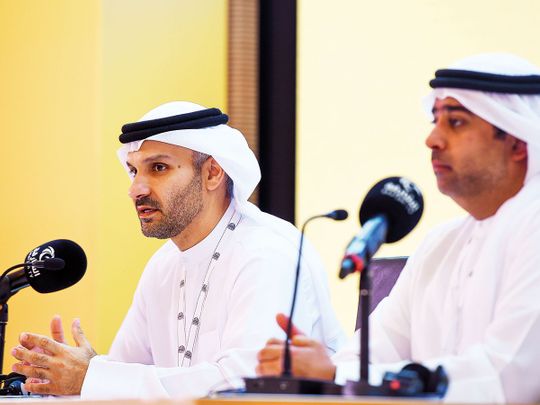 Sharjah: Top officials of Sharjah Consultative Council (SCC) on Sunday announced further details of the upcoming elections to SCC, which this time will introduce electronic voting and counting.

Addressing a press conference at Sharjah Municipality's headquarters, Dr Mansour Bin Nassar, Chairman of the Higher Committee for the SCC Elections, said a total of 25 seats from nine constituencies of Sharjah emirate will be contested.

Another 25 seats will be appointed.

Registration of candidates begins in September while campaigning will last from November 1 to 15.

This is the second SCC Elections after the first one in 2015.

The elections are open exclusively to registrered Emirati voters and candidates, who — if they win — will be able to propose new laws or amendments.

Speaking next at the press conference, Ahmad Saeed Al Jarwan, Member of the Higher Committee for SCC Elections and Secretary-General of the SCC, thanked Dr Shaikh Sultan Bin Mohammad Al Qasimi, Member of the Supreme Council and Ruler of Sharjah, for granting citizens in Sharjah the opportunity and experience to take part in such elections in a transparent manner.

In general, candidates must be at least 25 years old, have a clear legal record, fully literate, and a permanent resident of the constituency they are contesting from.

During a question-and-answer session at the end of the conference, officials said there will not be reserved seats for women, although they are expecting strong representation from women.

They also pointed out that should a candidate win, he or she will be resigned from his or her job in any government department in Sharjah that is under the scope of SCC.

He or she will have to re-apply for the same job as a new applicant following the completion of his or her four-year term at SCC.

A member of SCC cannot simultaneously be a member of the Federal National Council or any other council in Sharjah.

Also, voters who voted last time don't have to register again this time but they can update any details if needed through a dedicated app that will be downloadable from September.

Just walk through a tunnel for Dubai Airports passport control

US slaps sanctions on Iranian officials for barring candidates