Protected areas in the UAE are expanding, says environment minister 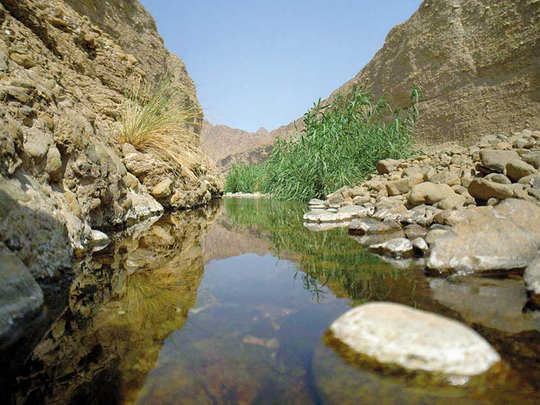 Dubai: The number of protected areas in the country has increased from 44 last year to 49 this year, Dr Thani bin Ahmed Al Zeyoudi, Minister of Climate Change and Environment, announced on Thursday, ahead of the celebration of World Environment Day on June 5.

“Forging ahead in the economic sphere has never been enough for the UAE. A parallel priority is to ensure that the country’s economic growth does not come at the expense of the environment,” Al Zeyoudi said in a statement sent to Gulf News.

“We are proud to note that Sharjah has designated five new protected areas this year, taking the number of natural reserves in the UAE to 49. The addition, coupled with the expansion of Al Dilfaweya Protected Area in the emirate of Abu Dhabi by 45 sq km, has increased the total protected area from 14.8 per cent of the country’s territory in 2019 to 15.5 per cent in 2020, accounting for 18.4 per cent of its terrestrial territory and 12.01 per cent of its marine territory,” he explained.

“On World Environment Day, we reiterate our unwavering commitment to protecting biodiversity. We believe that the loss of even the smallest species can lead to the destabilisation of the world’s ecosystems,” he added.

Meanwhile, the Dubai Municipality has organised a virtual environmental exhibition on the occasion of the World Environment Day 2020.

The exhibition will shed light on the environmental efforts that have taken place since the beginning of the pandemic). It focuses on biological diversity and thus contribute to enhancing the environmental work carried out by municipalities and environmental organisations across the world.

The virtual environmental exhibition, organised in cooperation with art4you gallery, will enable community members to enjoy seeing the paintings drawn by 15 international artists that will take the audience on a virtual tour of 60 paintings that embody wildlife and plants.

The operations to preserve the various environmental sectors, air, water and soil, from pollution and erosion are among the most important priorities that Dubai Municipality is keen to promote and develop in line with national trends and the Dubai Plan 2021 visions.

The Mohammed Bin Rashid Space Centre (MBRSC) announced the launch of a scientific interactive platform that will provide scientific analysis of environmental phenomena and their impact on the UAE’s natural resources.

The platform is the first of its kind in the region focused on in-depth environmental studies based on remote sensing systems, image processing, GIS and artificial intelligence with analytical reports added on a regular basis.

It will monitor the UAE’s natural environment and resources, including water (hydrosphere), air and vegetation. It will also monitor changes on the coasts and study marine life such as the effect of red tide.

The feature allows the users of the platform to identify environmental changes in a particular area over a specific period of time through interactive maps. Users can also obtain statistics on the proportions of changes and identify the positive or negative impact.

The MBRSC is using KhalifaSat as well as DubaiSat 1 and DubaiSat 2 to process high-quality satellite imagery and specialised reports.

A rising global population, changing weather and climate patterns, disruption of food and water availability are some of the issues tackled during an online discussion recently organised by Dubai-based Emirates Environmental Group (EEG).

EEG noted: “Nearly 2.2 billion people are currently living without safely managed water outlets, and around 22 per cent of healthcare facilities in lesser developed countries lack basic water services while 75 per cent of global water consumption is for agriculture, with more than 25 per cent of the global population living in areas facing severe water scarcity and more than 820 million people are facing chronic food deprivation.

“This year’s UN water report has found that opportunities are being missed to use water projects to cut greenhouse gas emissions while improving access to clean water,” noted EEG chairperson Habiba Al Mar’ashi.

She stressed that the private sector has a crucial role to play, as they are huge consumers of water.

“To contain COVID-19, clean water and good hygiene are the absolute minimum requirement and as the world faces this pandemic together, food and water security has become a heightened cause for concern worldwide,” she added.

Frank Ackland, managing director, Middle East & Turkey, at Xylem, echoed the same sentiments. “Water is fundamentally linked to the overall health of our planet. Effective water management is an important factor in maintaining biodiversity in ecosystems,” he said.

He noted: “Smart water networks can reduce the volume of non-revenue water (NRW), and the amount of energy required to pump and treat water for distribution. Operational practices can also be planned in such a way that they do not destroy ecosystems, but rather encourages them to flourish.”

This Filipino College Student is a 'Tinker' and Inventor

Why #FreeBritney is trending again

Man United not looking ahead to Chelsea semifinal yet, says Solskjaer

IPL: Never give up and get rewarded, Suresh Raina eggs on Rishabh Pant

India's home white-ball series against England set to be postponed