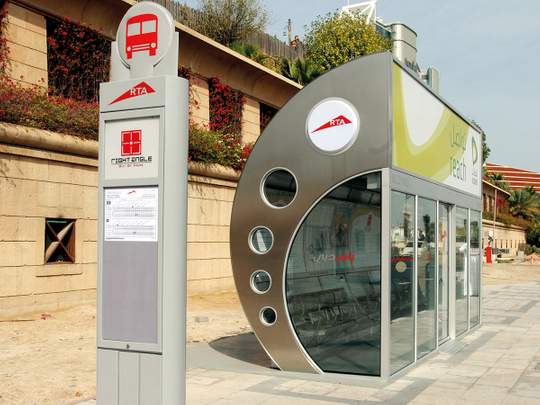 Dubai: Commuters in Dubai will soon be able to enjoy free wifi on public buses, marine transport and event at the air-conditioned bus shelters.

Dubai’s Roads and Transport Authority (RTA) is teaming up with the Emirates Integrated Telecommunications Company,du, to provide free wifi on public buses, marine transit including ferrie and water buses, and even on inter-city buses. Free wifi is already available on Dubai Metro.

The MoU was signed on Wednesday in the presence of Ahmed Hashim Bahrozyan, CEO of Public Transport Agency, RTA; and Fahad Al-Hassawi, Deputy CEO Telecoms, du at the sidelines of the GITEX Technology Week 2019 at Dubai World Trade Centre.

“The signing of this MoU is driven by RTA’s commitment to raise customers satisfaction and achieve two strategic goals of RTA, namely People Happiness and Advance RTA. As part of the agreement, du is to provide WiFi UAE services free of charge for riders of Dubai Bus, inter-city bus and Expo buses,” said Bahrozyan.

“Wifi is becoming a public necessity and lifestyle. RTA is giving this aspect serious consideration in view of its customer-centric service strategies aligned with the Government’s directives.

The service is set to be operational before the onset of Expo 2020,” said Bahrozyan.

“du takes pride in signing this agreement with RTA and is grateful for RTA confidence in du’s services. We look forward to boosting our cooperation and improving our services to RTA and all other public entities with the aim of contributing to the satisfaction and happiness of Dubai and UAE residents. This agreement is instrumental in broadening the scope of du services and cementing its standing as a preferred service provider to the government and corporate sector,” commented Al Hassawi.

These new Dior matte bags are firmly on our wish list

COVID-19: US imports record amount of gold from Switzerland as virus upends trade

COVID-19: US small firms leave $150b in coronavirus stimulus untapped

Suffering with dry and dull skin? These are the best overnight masks to try