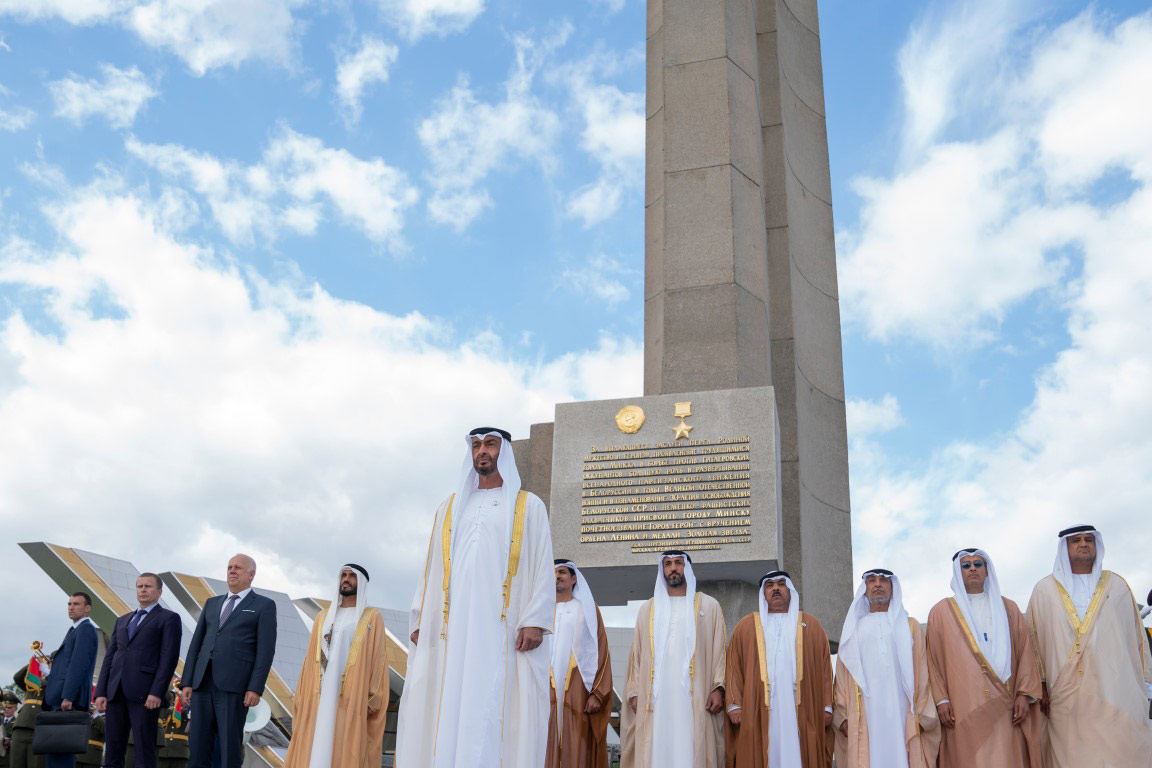 His Highness Sheikh Mohamed bin Zayed Al Nahyan, Crown Prince of Abu Dhabi and Deputy Supreme Commander of the UAE Armed Forces, on Friday, laid a wreath at the Memorial of Unknown Soldier in Minsk, as part of his state visit to Belarus. The Minsk Hero City Memorial was built to honor the soldiers killed while defending their country in the Second World War.

His Highness Sheikh Mohamed bin Zayed was welcomed at the memorial by Anatoly Sivak, Mayor of Minsk, where national anthems of the UAE and Belarus were played.