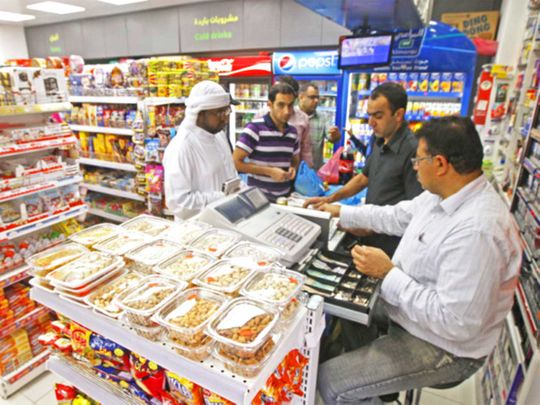 The tax has been extended to sweetened drinks and other categories besides carbonated drinks and energy drinks.

As per the law, sweetened drinks shall mean any product to which a source of sugar or other sweetener is added that is produced in any of the following forms: Ready-to-drink beverage intended to be used as a drink, and xoncentrates, powders, gel, extracts or any form that can be converted into a sweetened drink.

The Federal Tax Authority has earlier announced it would apply another excise tax on the following products:

The Federal Tax Authority (FTA) announced it will start implementing the excise tax on electronic smoking devices and tools and sweetened beverages as of December 1, 2019.

The FTA called on importers, producers and stockpilers of electronic smoking devices, liquids used in such devices and sweetened drinks to register for excise tax system as soon as possible.

The authority stressed that registering for the tax will avoid all stakeholders any fines or obstacles that may arise from late or failed registration.

Earlier, the UAE introduced the excise tax from as of October 2017 on goods, which are deemed harmful to public health or to the environment in order to reduce consumption and increase government revenues allocated to cover the costs of public services.

According to the previously enacted law, the excise tax rate ranged from 50 to 100 per cent on tobacco and its products, energy drinks and soft drinks.

Liquids used in e-cigarette includes all liquids used in electronic smoking devices and tools and the like, whether or not they contain nicotine, according to the customs codes to be specified by a ministerial decree.

UAE weather: It's fair to partly cloudy across the emirates