IPL 2020 in UAE: Why Rahul Tewatia is an unlikely hero for Rajasthan Royals 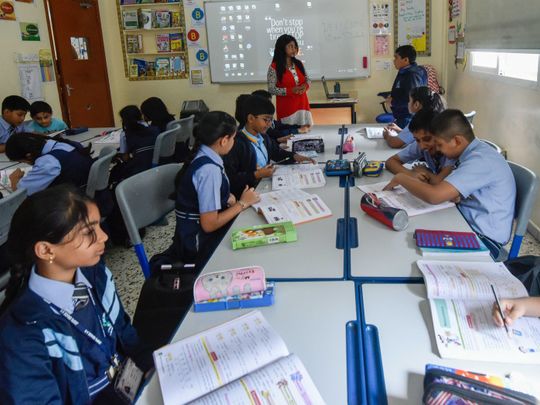 DUBAI: School enrolments in Dubai have witnessed a 2.1 per cent growth, with more students being admitted into new schools, particularly those offering the UK or IB curriculum, reveals the latest Annual Education Landscape Report released by the Knowledge and Human Development Authority (KHDA) on Wednesday.

Commenting on the findings of the report, Dr Abdulla Al Karam, Chairman of the Board of Directors and Director General of KHDA, said, “The opening of new private schools, training institutes and international branch campuses in Dubai over the last decade has stimulated growth and helped us create a diverse education community with diverse curricula and programmes that meets the expectations of families. Today, there is a wide range of options and choices in the market, compared to 10 years back, and this has resulted in the sector’s steady progress making Dubai even more attractive – both regionally and internationally. We want to sustain the progress and work as a catalyst to further strengthen the education sector and fulfill our aspiration to promote lifelong learning.”

He said, “Dubai’s private education sector continues to build on its success and pave the way forward by embracing Dubai’s vision for the next 50 years in line with future expectations. The success of key economic sectors in Dubai has created new opportunities that are contributing towards better infrastructure and creating more choice for families.”

Dubai’s private schools employed 20,752 teachers, of whom 16,852 were females. In terms of nationalities, Indians and Britons topped the list, followed by Egyptians, Filipinos and Irish. Forty five per cent of these teachers were at the same school for three years or less and 29 per cent for six years or more.