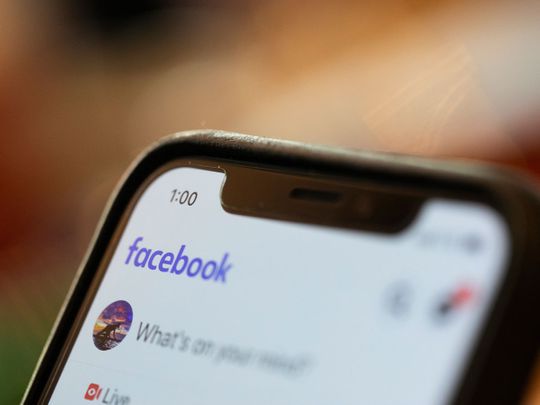 Dubai: A Dubai woman who rejected an offer to have an illegal affair with her relative was shocked when he published her private pictures on Facebook, accusing her of practising prostitution.

The 35-year-old Pakistani woman testified in the Dubai Court of First Instance on Monday that she arrived to the country in May 2019 on a visit visa and stayed at the defendant’s father's apartment until she could find a job.

However, the 40-year-old Pakistani defendant asked her to have sex with him in order to pay her expenses.

“The defendant was sexually abusing me all the time inside the apartment and asked me not to look for a job. He offered to pay my expenses in order to have a sexual affair with me,” the woman said in records.

She resisted his moves and finally moved to another apartment. But the defendant started sending messages to her relative and friends accusing her of practising prostitution.

“He was angry because I rejected his offer and left the apartment. He even created fake accounts on Facebook and published my private pictures with my phone number. He claimed that I work in the sex industry,” she added.

A complaint was filed at the Al Rashidiya police station and the defendant was arrested at the parking lot of a shopping mall.

An Emirati policeman testified that the defendant admitted to asking the victim to have sex with him for money but she rejected his offer.

“He admitted to copying her personal pictures from her mobile phones without her knowledge. He created Facebook accounts and published the pictures and sent the links to her relatives and friends in Pakistan,” the 37-year-old Emirati policeman said in records.

Dubai Police found three mobile phones belonging to the defendant which he used for creating the social media accounts to defame the victim.

The defendant was charged with sexually abusing the victim, pushing her to sin, breaching her privacy and insulting her on Facebook.

The defendant is in police custody and the next trial is on February 27.

Watch: Why you should renew your expired UAE residency visa before October 10

Ask the law: Insurance company in UAE refuses to pay damages in factory fire. What now?