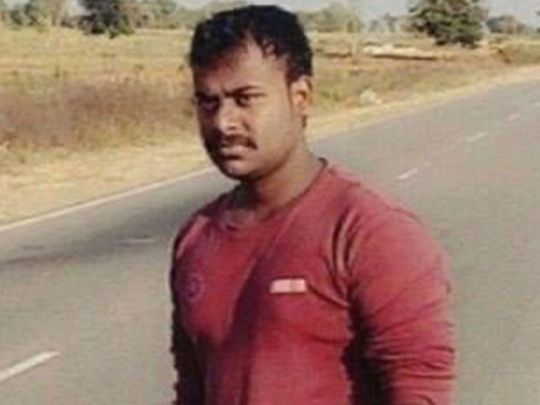 Dubai: A building watchman who recently recovered from coronavirus fell to his death in Deira on Monday.

The 26-year-old Indian national identified as Neelath Muhammed Firdous from Kerala, fell from the seventh floor balcony of his building where he stayed with six others including his uncle, Naushad Ali, 33.

Ali said, “Firdous woke early to perform prayers and everyone was getting on with their daily morning chores when he walked to the balcony and jumped.”

The incident is said to have taken place at around 4.40am, said Ali.

“He was suffering from a mental disorder and had been disturbed for some time. He thought everyone was out to attack him and had stopped eating his food as he thought people were feeding him poison. He was refusing to even take water from us.

“Today is a sad day for me,” said Ali, who is a nurse at a private clinic. “It was hard breaking the news to his mother.”

Firdous leaves behind his parents, who are in their 50s, and a younger brother and sister.

“He was the sole bread winner and came to work in Dubai just so he could financially support is family back in Kerala. Unfortunately that was not the case to be,” said Ali, who said Firdous earned Dh1,200 a month.

Ali said Firdous tested positive for COVID-19 on April 10. On May 7 he was discharged from a Dubai hospital after clearing all tests. A copy of the discharge report with Gulf News also revealed Firdous suffered from “a suspected schizo-affective disorder”.

“He was mentally unstable and a manic depressive,” said Ali.

Ali said he registered Firdous in the Department of Non-Resident Keralites Affairs (NORKA) last month in order to repatriate him, however he was unsuccessful in procuring a ticket to fly home. “Maybe he would have lived if he had gone back home. I wish his case had been taken more seriously,” added Ali.

Gulf News is awaiting a comment from Dubai Police.