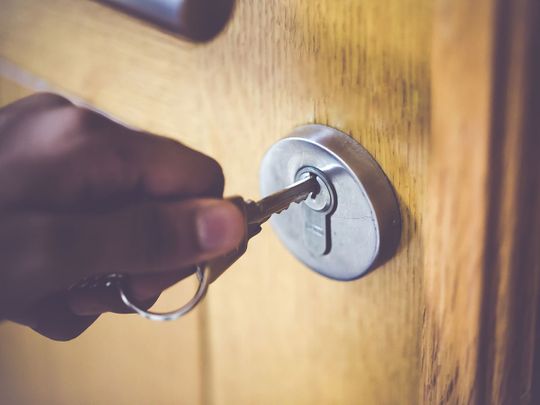 Dubai: All complaints made by sublessors or tenants regarding unpaid rents will be dealt with on a case-to-case basis, with those involved still covered under the suspension of eviction ordered by the authorities in March in the wake of the COVID-19 outbreak, Gulf News can exclusively reveal.

The Dubai Land Department said in an exclusive statement to Gulf News on Wednesday, "Though Sheikh Maktoum bin Mohammed bin Rashid Al Maktoum, Deputy Ruler of Dubai and Chairman of the Dubai Judicial Council, had temporarily suspended all eviction judgements related to residential and commercial facilities in the emirate during the pandemic, some people are renting (illegally) from third-party individuals who sublet them the space.

"As such, and in the absence of an Ejari contract that binds both parties, complaints being issued by either the sublessor or the tenant are to be addressed to the Rental Disputes Centre to be considered on a case-by-case basis. These cases are considered exceptional due to their ambiguity, but those involved are still covered under the suspension of eviction that was issued by Sheikh Maktoum."

The clarification comes in the wake of several residents claiming that they are being "evicted" or "harassed" by their sublessors over unpaid rents.

Sub-let tenants who spoke to Gulf News had said they could not file a complaint as they don't have a tenancy contract and have only leased a room or space sublet to them by a sublessor.

One UAE resident, who asked not to be named, said her subleaser cut the electricity to her room during Ramadan as she was unable to pay rent for two months.

“My family had to spend days without AC and it was really hot,” she said, adding: “Some groups have come to give us food packs. I really could not find a way to raise Dh6,000 to pay my subleaser, who told me we only have until end of the month to pay or he will be forced to evict us,” the resident said.

Another tenant and Nigerian expat Chinelo Okeke, 36, said she and her family are also on the verge of being evicted from their house in Al Ain.

“My husband has no work and I haven’t received my salary yet since the school I worked for was shut down on March 1. We have been receiving food aid but we have not been able to pay rent since February,” she told Gulf News.

In other similar cases, Ninfa Romero Castro and her housemates claimed they were also facing eviction after not being able to pay rent for two months now.

Castro said: “We felt helpless – three of us were placed under a no-work-no pay scheme while two have contracted the coronavirus. We have exhausted all means to raise money for rent, but we get reminder calls every day.”

“My monthly rent is Dh2,500. Despite pleading with my subleaser, he still shut down the AC. I have three kids and we cannot go out because of the current COVID situation. Many people have offered free food but we really can’t raise money for rent,” the Pakistani national, who is married to a Filipina, added.

Another Filipino expat Mary Grace Edrosolano, 40, who lives in Abu Dhabi said she has lost her job as an accountant and owes her subleaser Dh2,000 (Dh700 rent balance in April and Dh1,300 unpaid rent for the month of May).

“Almost every day, my subleaser would call me. I begged him to give me some time to raise the money but that only made him raise his voice,” said Edrosolano, who is now living with a friend after leaving her queen-size bed and some other belongings as collateral.

Gulf News reached out to the subleasers. While some were evasive; others explained that they too are hardpressed to pay the rents.

“I also have bills to pay and I issued a cheque to the real estate company that was already past its due. I can’t lodge a complaint to the police, that’s why I have to keep on asking my tenants to pay,” said one subleaser.

Up until now, the law was unequivocal about the rights of the parties concerned in a tenancy.

"Bedspace, accommodation sharing or partition are all not allowed. Many UAE residents, including workers, live in sharing accommodations but unfortunately the law can't protect them as they don't have any contract.

"However," the lawyer added, "They can always call the police for help if they face harassment from the subleaser. And the subleaser cannot throw anyone outside."

Ahmad Al-Barasneh, partner/ legal consultant at The Legal Group Advocates & Legal Consultants added: “The government issued directives to protect tenants struggling to pay their rent. In a way, those who sublet are indirectly protected from any eviction.”

Abdul Latif Al-Areed, legal consultant, however, asserted the importance of a legal document to protect a tenant. “Without a contract, you can not be protected,” he said.