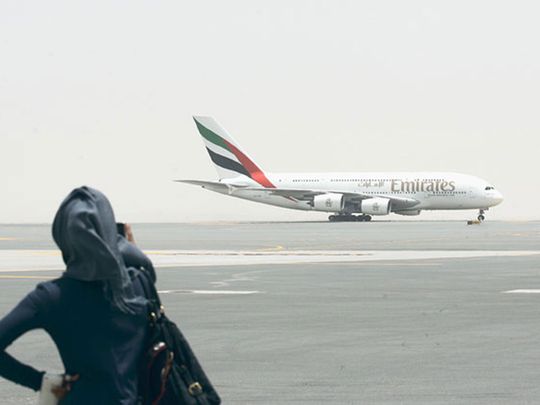 A chartered Emirates plane flew out 345 British citizens from the UAE on April 5 who were unable to return home after the closure of UAE airports to international traffic. The flight happened after coordination between the UAE and UK governments.

Last week, the UAE’s Ministry of Foreign Affairs and International Cooperation and British Embassy in the UAE helped British citizens leave the UAE on commercial flights, including a FlyDubai service on March 28.

Patrick Moody, British Ambassador to the UAE, said: “I am delighted that 345 British visitors to the UAE have now arrived home in the UK. I am equally delighted that Emiratis have returned to the UAE from the UK this week as well. This has happened because of the hard work of my team and the team at the UAE Embassy in London, and the fantastic cooperation of the UAE government.”

Mansoor Abulhoul, the UAE Ambassador to the UK, said: “I am delighted that we have been able to help Brits who were unable to return home after the closure of our airports. We have been working on this closely with the British government for the past week. I would like to thank all the travellers involved for their patience in these extraordinary circumstances.”

Sheikh Maktoum bin Butti Al Maktoum, Director of the Dubai office of the Ministry of Foreign Affairs and International Cooperation, and lead organiser of the Ministry’s efforts to enable foreign nationals to return home after the international air travel ban, said: “The Ministry continues to organise clearances for flights to repatriate foreign nationals. At all times we have sought to minimise disruption to travellers’ lives, while limiting the spread of the COVID-19 in the UAE.”