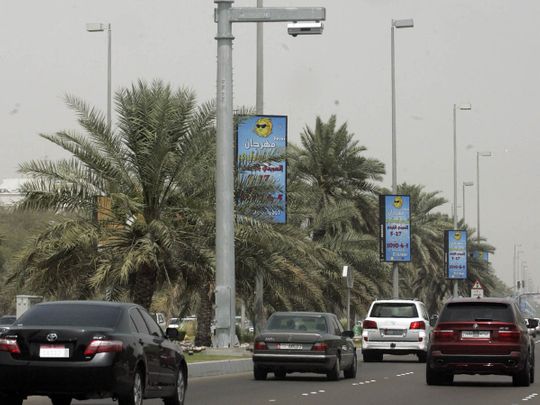 Abu Dhabi: Abu Dhabi Police recorded at least 13,759 tailgating violations during the first six months of the year, as drivers were again reminded to keep a safe distance between vehicles while driving.

Drivers would be slapped with a Dh400 fine along with four black points should they be caught tailgating, with the Abu Dhabi Police saying the chances of an accident were increased as a result of the act.

The police also said that drivers who harass and dangerously approach other vehicles while flashing their lights could also distract the drivers in front of them, compounding the likelihood for serious traffic accidents.

Abu Dhabi Police this year introduced a smart sensor system that can automatically send warning text messages to motorists that fail to leave a safe distance with the car in front of them. Drivers found to be repeat offenders by the system as well as radars will be subject to the fines and black points.

Highways in Abu Dhabi this year have also been marked by dots placed out at two car lengths to keep drivers aware of the safe distance to maintain. The initiative was undertaken by the Abu Dhabi Department of Municipalities and Transport to ensure safer roads for motorists.

Could this be your Lucky Day?

Watch: Icicles for a second day in Raknah in Al Ain, Abu Dhabi, lowest temperature recorded in UAE is at 2.3 °C