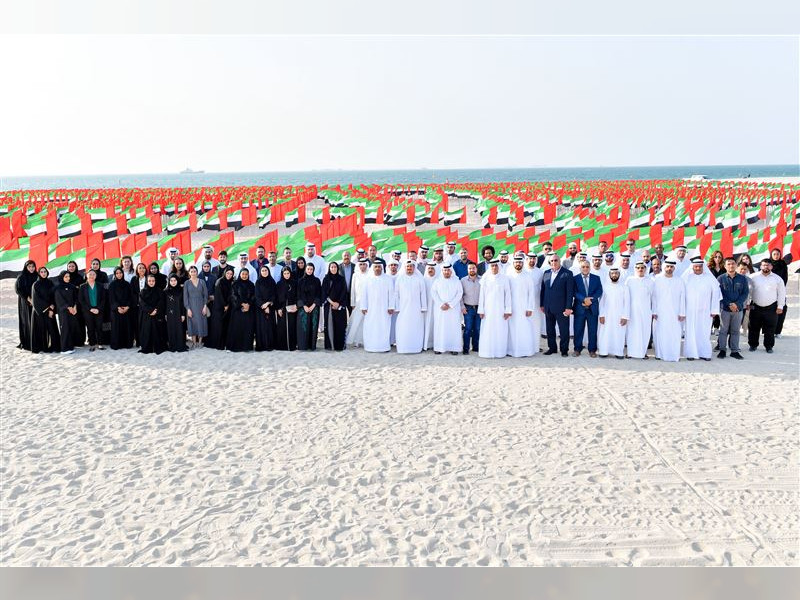 The Government of Dubai Media Office, GDMO, launched the sixth edition of ‘Flag Garden’ at Kite Beach in Jumeirah, in response to the call from His Highness Sheikh Mohammed bin Rashid Al Maktoum, Vice President, Prime Minister and Ruler of Dubai, to celebrate Flag Day.

Organised by Brand Dubai, the creative arm of the Government of Dubai Media Office, the ‘Flag Garden’ will be open till 10th December.

Mona Al Marri, Director-General of the Government of Dubai Media Office, led the celebrations along with employees of GDMO, Brand Dubai and Dubai Press Club.

Speaking on the occasion, Al Marri said, "This year’s edition of Flag Garden aims to honour our nation’s leaders and acknowledge their role in guiding the UAE’s development into a nation that is shaping the future of the world. This initiative is in line with our objective of communicating Dubai’s unique identity and aspirations through innovative initiatives. Through this year’s Flag Garden, we aim to create an iconic visual image that conveys the role of leadership in nation building."

"The ‘Flag Garden’ has become an annual event that attracts visitors throughout the period of celebration, which starts on Flag Day and continues till the National Day," added Al Marri.

UAE to witness a partial solar eclipse on June 21

UAE ministries to return to work on Sunday