US negotiating with India on special trade privilege 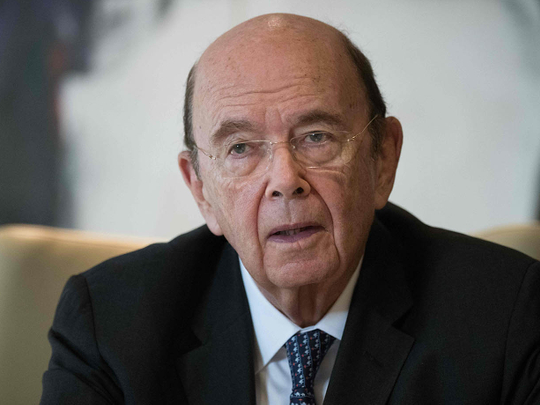 NEW DELHI: The United States does not believe that India is eligible for the grant of a special trade privilege but is renegotiating its terms after revoking the status earlier this year, US Secretary of Commerce Wilbur Ross told Reuters on Thursday.

Citing lack of reciprocal market access, the United States stripped India from the Generalised System of Preferences (GSP) programme that allowed duty-free entry for up to $5.6 billion worth of its annual exports to America.

New Delhi responded with higher retaliatory tariffs on 28 US products, including almonds, apples and walnuts.

“If we can solve GSP, that’s a very good step towards free trade,” Ross told Reuters in an interview on the sidelines of the India Economic Summit in New Delhi.

“We are hopeful that those gaps can be closed and we can get a more favourable trade arrangement with India ... GSP (reinstatement) could be called a limited trade deal.” Ross is expected to meet his Indian counterpart Piyush Goyal on Thursday.

The two countries have been locked in trade disputes for months, with the United States concerned about Indian policies that mandate foreign firms to store more data locally, restrict the way US e-commerce giants operate in the country and impose price caps on medical devices.

In February, India’s new investment rules for the e-commerce sector jolted Amazon.com Inc and Walmart’s Flipkart as the companies were forced to change their business structures to continue to operate in the country.

Ross said the new rules had made expansion in the country slower for both the US e-commerce giants.

“All that we are looking for is to level the playing field.

India is ... certainly one of the most protectionist,” Ross said.

UAE: Interest in the business of property will not disappear