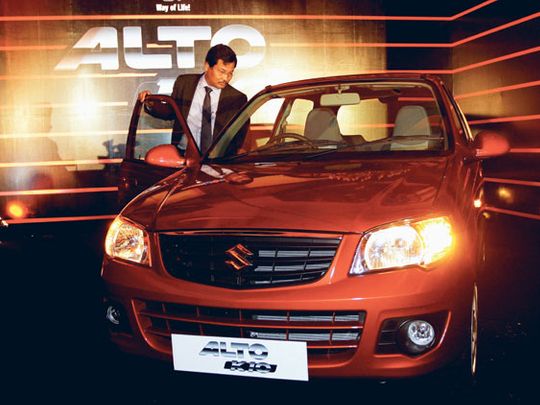 The jump in sales marks the first sign of a recovery among carmakers who were pinning their hopes on the festival season for a demand revival in a consumption-driven economy. Car sales had plunged for 11 consecutive months through September, and the industry has been forced to cut production as well as close to 600,000 jobs.

Shares were little changed at 7,567.60 rupees at 1:23pm in Mumbai after swinging between gains and losses following the release of the sales numbers. That compares with a 0.7 per cent decline in the S&P BSE Auto Index.

High-frequency indicators still point to an enduring weakness in the economy, whose expansion slowed to a six-year low of 5 per cent in the quarter ended June. A survey of purchasing managers at Indian factories had the worst result since 2017 in October, signalling the economy is not out of the woods yet.