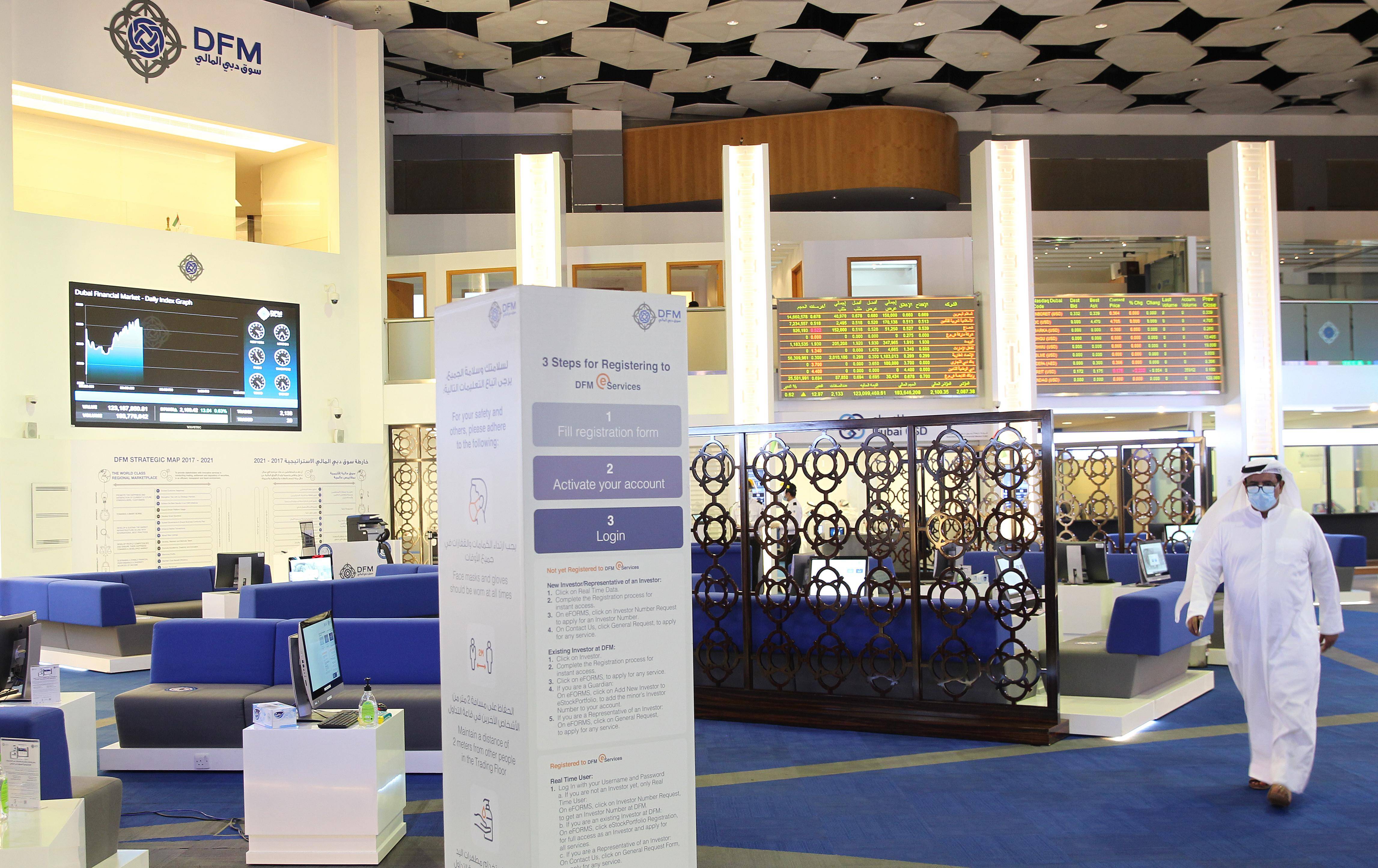 Markets in the UAE finished stronger on Tuesday, powered by the country’s telecoms firms, which surged on the prospect non-UAE nationals’ shareholdings could rise.

The Abu Dhabi benchmark firmed for a third straight session, ending 3.1 per cent higher, after finishing the previous session up about four per cent.

The index was boosted by a roughly 15 per cent jump in Emirates Telecommunications (etisalat), the only telecom-focused stock in the benchmark.

Etisalat saw its best day in nearly six years as the company called a board meeting for Wednesday to discuss increasing the foreign ownership limit in the firm.

Dubai’s main share index gained one per cent, with Emirates Integrated Telecommunications jumping 14.6 per cent for the stock’s best session since December 2014.

Emirates Integrated Telecommunications, the sole communication services stock in the benchmark, has also called a board meeting for Wednesday to discuss raising the ownership of foreign investors.

Saudi Telecom was the worst performer in the benchmark, falling 2.6 per cent, while index heavyweight Al Rajhi Bank declined 0.4 per cent.

The Saudi benchmark has now dropped in three of the last four sessions.

Elsewhere, Qatar’s main index lost 0.9 per cent, dragged down mainly by a 3.7 per cent decline in Industries Qatar.

Financials stocks also drove the losses in the Qatari index, with Masraf Al Rayan and Qatar International Islamic Bank shedding 1.3 per cent and about two per cent, respectively.

Separately, Qatar Investment Authority is generating strong returns on a multibillion-dollar bet it made on distressed debt and highly-rated bonds at the start of the Covid-19 crisis, two sources familiar with its move told Reuters.

Islamic banking is getting its perfect storm moment

Love is in the Air Capitulo 51 Español Completo

Fire truck comes to the rescue with pub-quality pints