PC makers are trending with investors 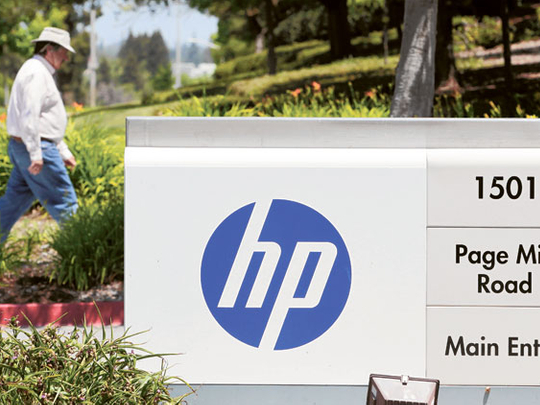 Back in the day, PCs were hip and investors chased computer stocks to sky-high valuations.

Everyone was buying a desktop, and then a laptop, and the companies that supplied them could do no wrong.

Then came the smartphone.

Though Steve Jobs didn’t invent the “phone + internet” mash-up, the iPhone spurred competitors to make such devices useful and customers took to them with glee.

Take a look at the recent share price performance of handset makers and there’s not much left to be gleeful about.

As handsets got boring, so too did the shares of the companies that relied on them for revenue.

HTC Corp. and Xiaomi Corp., two of the few firms left that focus on handsets, have seen their shares plummet in the past year.

PC makers, on the other hand, have been a little more exciting.

Yet, if you divide the universe of smartphone and PC makers in two, you’ll discover something interesting: Those that primarily focus on corporate customers or lead the market in a key non-consumer business are outperforming those that get a larger slice of revenue from smartphones and consumer PCs.

Since December 21, when Dell Technologies Inc. started trading again after a take-private deal in 2013, its shares jumped 21 per cent.

The first major outlier is Apple.

I suspect that’s because fund managers sitting on piles of cash realised that it probably makes sense to put money into companies with fat margins and a cult following, even if it’s lost a little lustre.

ZTE Corp. also did well, but that’s mostly because it’s recovering from being at the wrong end of US national-security policy.

Instead of looking at PCs versus smartphones, a paradigm that worked well for around a decade, the better way for investors to divide the technology-hardware sector is consumer and enterprise.

The two HPs — Enterprise and Inc. — serve as the perfect example.

HP Inc. gets 60 per cent of its revenue from desktop and notebook PCs, while HP Enterprise sells servers, storage and networking services.

HP Enterprise is up 10 per cent while HP Inc. fell 7 per cent over the period. IBM is up 22 per cent, Acer is down 13 per cent and Xiaomi has fallen 36 per cent.

The lines do get a little blurred. Lenovo, for example, is also in the server and smartphone businesses, and Dell gets around 11 per cent of its revenue from consumer PCs.

Having divided their investible universe along these new fault lines, however, punters would be foolish to believe that the bull-run in enterprise will continue unabated.

In reality, that bottom-line strength appears to come from better margins and cost control rather than a rosier outlook for revenue.

“We’ve tried to position the company to be successful in any economic environment,” Dell CFO Tom Sweet said. That kind of attitude deserves the 10 per cent single-day spurt the stock received.

But cost control can only go so far. If a global economic slowdown and the trade war don’t abate, then not even fiscal pragmatism can save earnings.

Sell-side analysts are adjusting accordingly. They’ve trimmed most companies’ 2019 revenue forecasts over the past six months, as well as next year’s EPS estimates.

By examining more closely the end-market and customer base for each company, investors will find it easier to sort likely winners from losers.

In the face of even bigger problems for the economy, however, a new analytic framework won’t change the fact that tough times are still ahead.